In the material under the title Simultanagnosia Spectrum we describe many different experiences and behaviours, and suggest they may be linked to simultanagnostic vision. We recommend reading this previous section first.

In this section we have taken everything that people have told us about how their simultanagnostic vision affects their lives, and turned the information into a list of different areas under eight separate headings (below).

Then we show how these eight areas can be plotted onto a 'mixer-board', and their impact estimated, to try to give a better sense of the world as experienced by someone with simultanagnostic vision. This extends beyond the actual visual impairment, because, as we explain, it is affected by many other factors.

We are not introducing anything new, so the descriptions are fairly short (please review the previous section for more information).

We are re-formatting the information from the Simultanagnosia Spectrum sections into a list of eight areas, to plot onto a mixer-board because:

This is why we introduce a mixer-board, to try to show that each individual will have their own unique settings, and that those settings vary all the time. 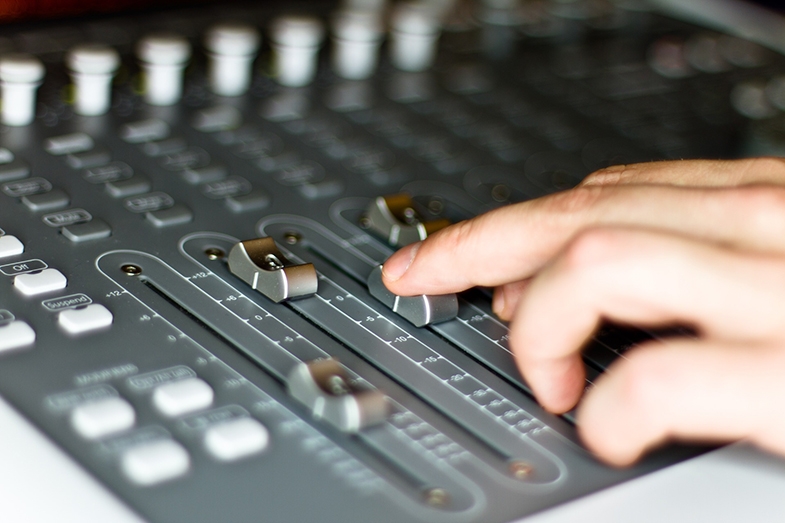 The illustration of the mixer-board is to try to show that each individual will have their own unique settings, and that those settings vary all the time.

This list of eight areas will not be complete. We have included the information that has been described to us to date, but learn more with each experience we hear about. So, this list is a work in progress, and the eight areas may well increase as out knowledge and understanding grows.

Simultanagnosia is a medical term with a very specific definition. The tests that led to the discovery of the condition were undertaken by adults and involved their describing their vision, pointing out what they could see, and so revealing what was not apparent to them. Professor Josef Zihl, an expert Neuropsychologist explained

"Simultanagnosia in its original definition means that a person has normal vision, thus also normal parallel processing, but cannot associate different items into a scene because the person is unable to add (the proper) meaning to the items (this would represent the agnostic disorder)"

This classical definition excludes two key groups listed below, from having technically defined simultanagnosia, but it does not mean they can't have simultanagnostic vision:

And of course, those who have both combined poor vision, and inability to communicate.

This by no means invalidates the experiences of the people in these groups or makes it less real, it just means that the term, limiting it to its scientific definition, cannot correctly be applied. We highlighted this issue when describing Balint Syndrome, and use the term Presumed Balint Syndrome.

In each of the eight following subsections, we have additionally noted how a person with profound disabilities may present. We use the term 'profound disabilities' to include those people who are unable to speak or follow instructions. We know that this term may not apply to everyone in this group. We felt it was extremely important to include these experiences as they are observed, and described by others. These presumed conditions can have a huge impact on perception, which in turn, especially if unknown, will impact on what can be learnt, as we only learn from what we perceive.

It is very difficult to think about what our brain does 'non-consciously' because we cannot know what we are not aware of. In our third Newsletter we suggested...

"Whatever you are doing, look at something - what colour is it? Let's say it's a garden hedge that is green. Where did that green come from? It is not a conscious decision to make it green - the brain processed the visual information it received from the eyes and non-consciously attributed the colour. Our brains have enormous non-conscious processors performing all types of tasks like this, which we are not aware of."

For this reason, we explain both the experiences and the behaviours, because the hypothesis of simultanagnostic vision in many, particularly those with profound disabilities, may be based on behaviours alone.

In the following subsections: 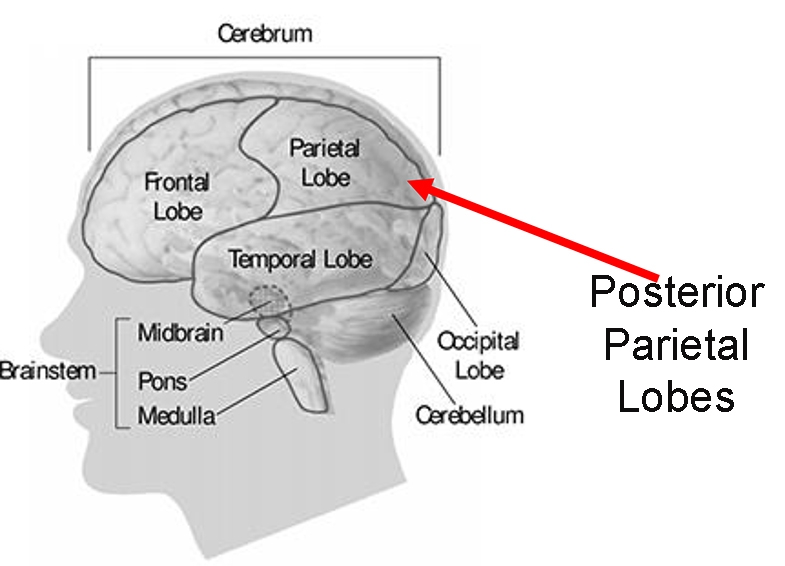 Image showing the location of the frontal and parietal lobes.

The following eight subsections consider the many and various experiences and behaviours surrounding reduced visual attention that relate to a part of the visual brain called the posterior parietal lobes.

There is another part of the brain that also affects our visual attention, the conscious frontal lobes. Everyone sometimes suffers from reduced visual attention when they are:

This can make us not able to find the car keys that are lying in the kitchen, but find them in an obvious place later. This is quite separate to the permanent reduced visual attention related to the posterior parietal lobes not functioning as well as in other people.

We created this diagram to try to show how the input into our mind is filtered many times, not only by cerebral visual impairments like reduced acuity or reduced visual attention, but also how we are feeling, and how our environment affects how we are feeling. 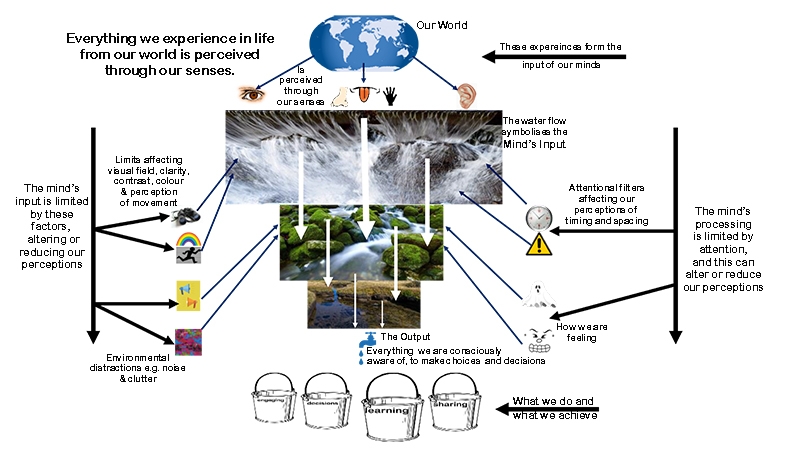 Every conscious decision we make, what we do, what we learn, our choices and our actions are the output of this filtration system. We are all affected by this to some degree.

Click here to view a larger version of the above diagram (2.3mb).