Imagine yourself waiting to cross a road. You look up the road and see a car approaching. You follow that car as it passes in front of you and drives away.

To see the car as clearly as possible you would have followed it with your eyes, and needed to move your head and probably your body position. You were creating your own movement in the same direction as the car. This makes the car appear to be going more slowly and helps create a clearer image in our brains.

The faster something is moving, the harder it is to see clearly (as the car moves quickly it is blurred because its movement is too fast to process). 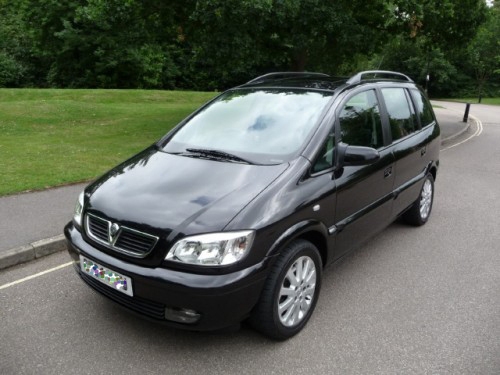 When the car is moving slowly it is easier to see it clearly. 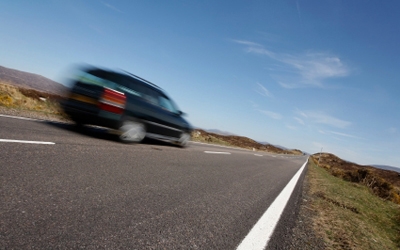 When the car is moving fast you lose clarity of vision.

When we move in the same direction as something else that is moving (a person, a car, anything), it appears to be moving more slowly. This makes it easier to see clearly.

When we stand still and things are moving around us, seeing them clearly becomes harder.

When we are moving in the opposite direction to other things that are moving, seeing them clearly is hardest.

Walking in the same direction as people, at the same pace, it's as if no one is moving around you and you can see the people clearly (below). 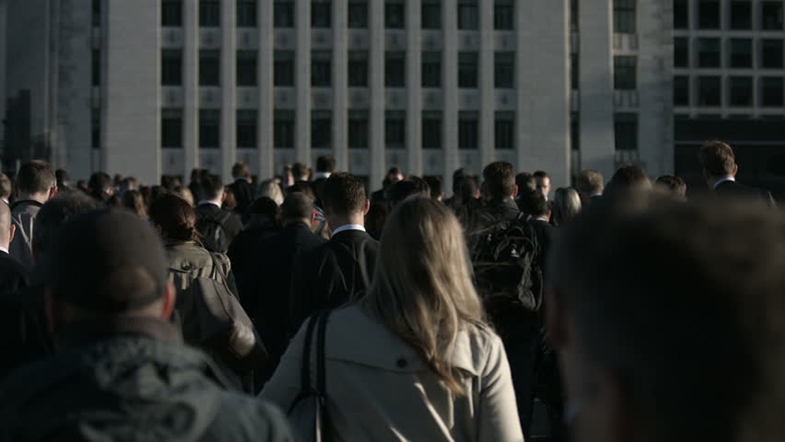 Standing still, when people are walking in the opposite direction, makes it harder to see them clearly (below). 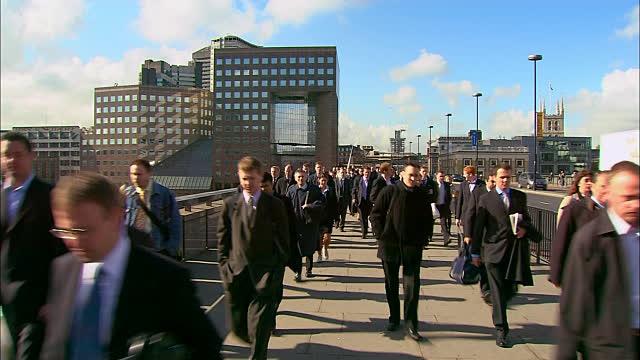 Walking in the opposite direction creates maximum speed, and makes seeing other people clearly the hardest (below). 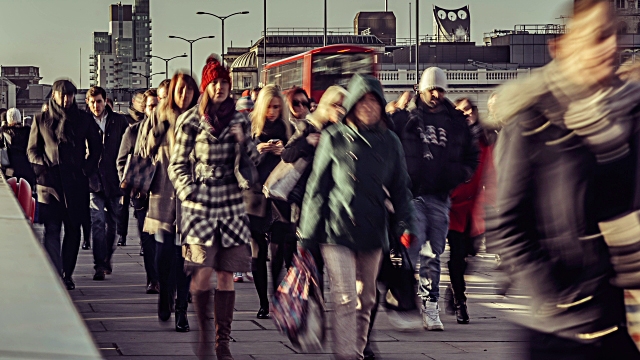 As the speed of movement is increased, clarity of vision becomes harder.

With CVI, sometimes the person may not see fast movement, because the picture seen is processed more slowly, this is called dyskinetopsia. There is also a condition where the person can't see anything that is moving , which is called akinetopsia; this is very rare.

Movement may not be seen for other reasons, including

1 if it enters a part of their visual field where you can't see,

2 if there is insufficient contrast

3 if you have low visual acuity

4 there is too much else to see, hear or thinkabout

5 if you are not paying attention

You Can Only See What Is Visible To You

You will not see movement if you have reduced visual acuity and it is too small or far away. 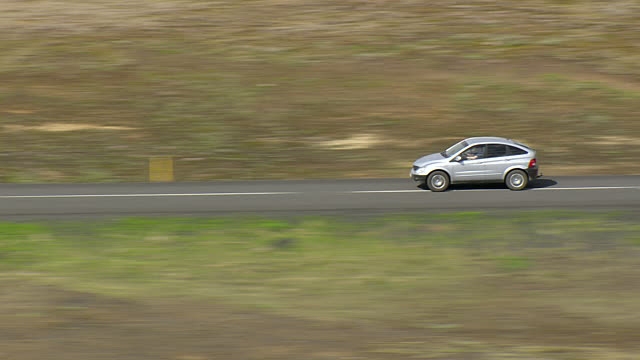 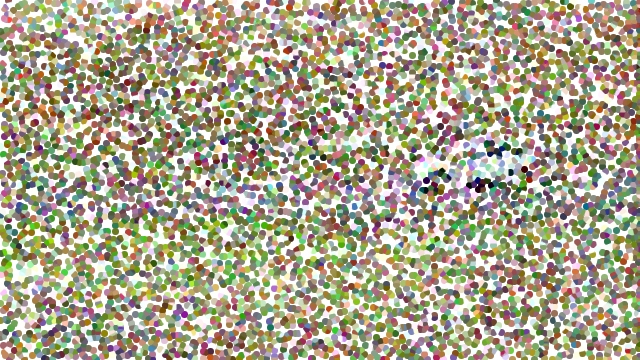 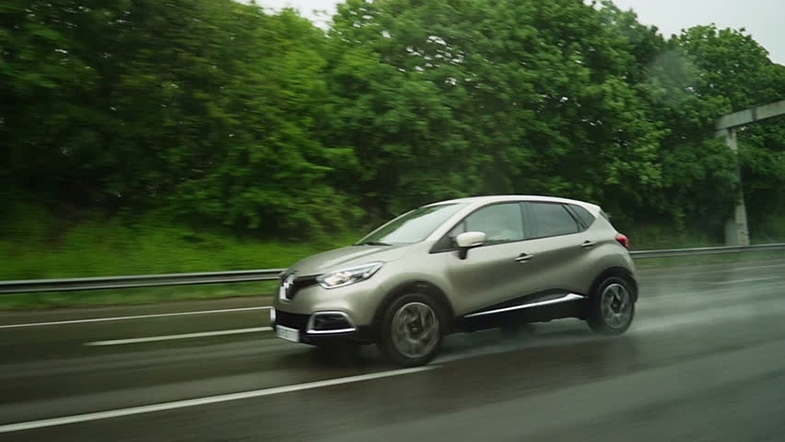 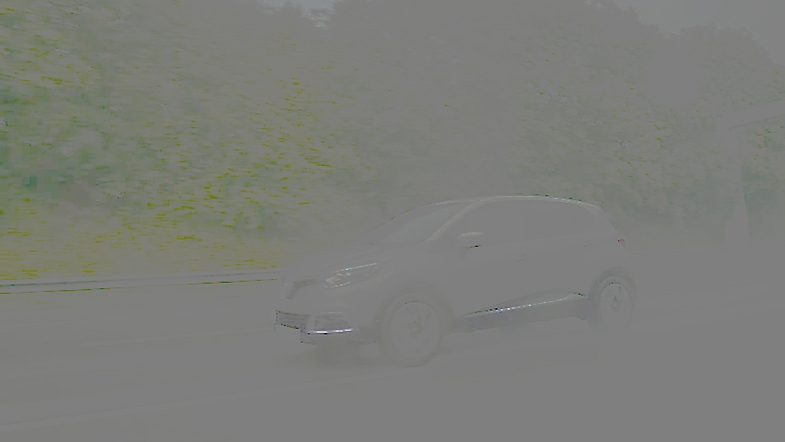 You will not see movement if you have a visual field impairment, and it is in part of the visual field where you can't see. 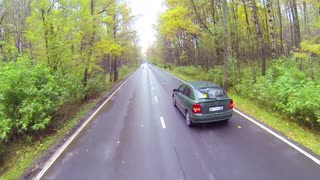 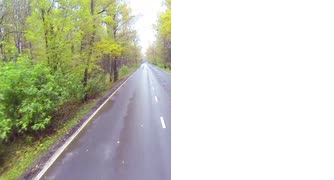 Even with normal visual acuity, no low contrast sensitivity, and no visual field impairment, if something is going too fast, and continues to get faster, it will become increasingly less visible to you, just like a speeding up aeroplane propeller.

As the traffic moves faster, it becomes harder and harder to make out the clarity of the vehicles. 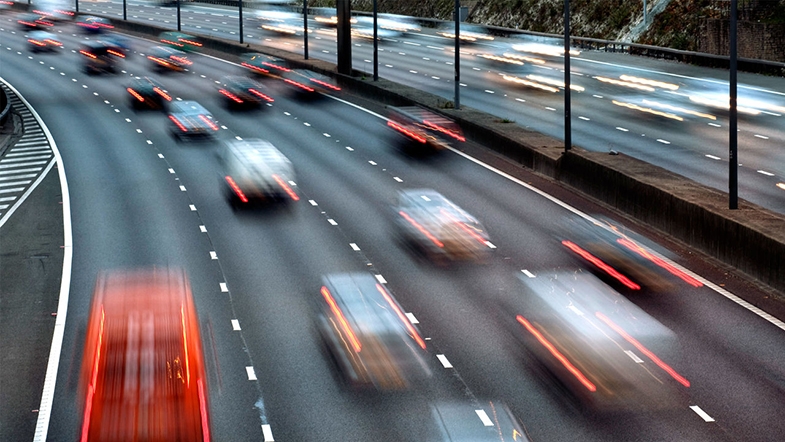 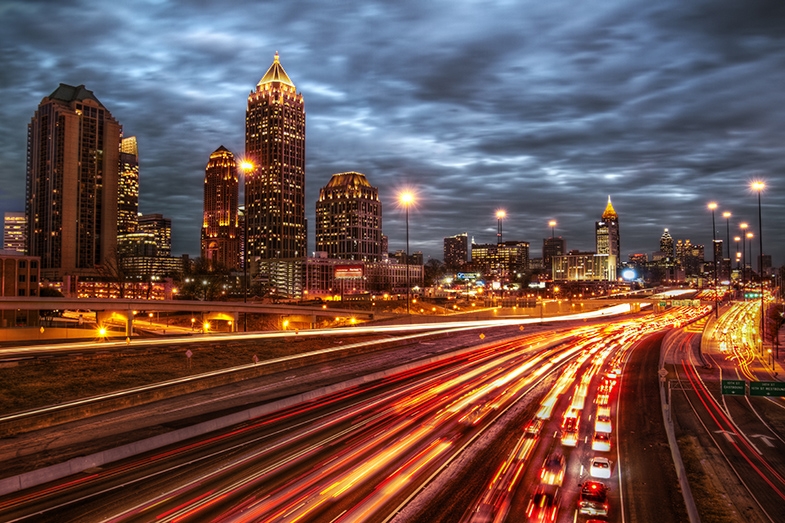 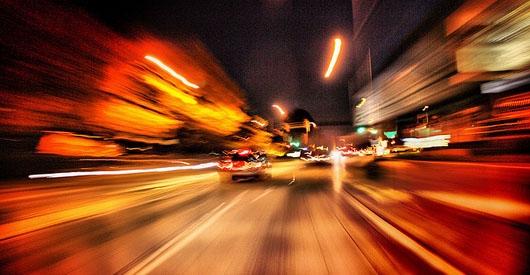 To the point where it is only possible to see the trail of their lights, and the vehicles appear invisible. 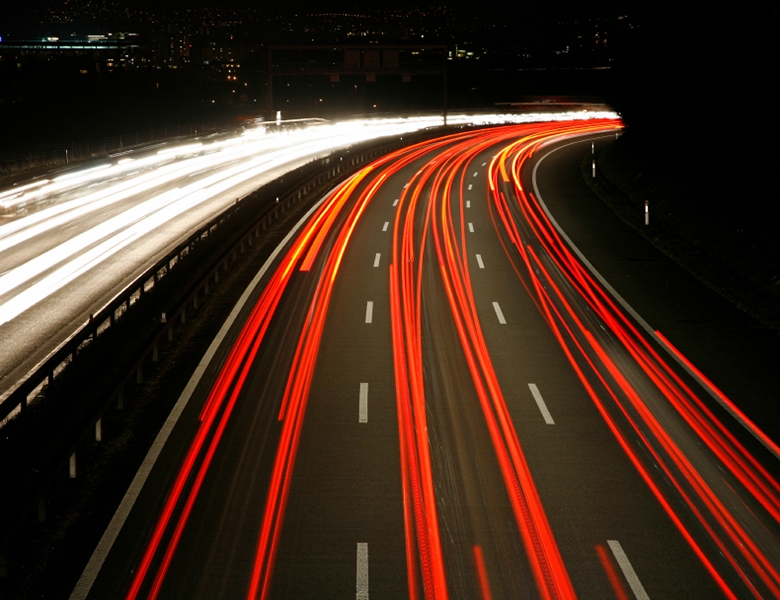 If something is moving too fast, it eventually becomes not visible.

You Can't See What Is Not Visible To You

This is where things start to get a little complicated. The visual impairments impact upon each other, and it doesn't stop there.

With poor visual acuity for example, whilst some movement may be missed because it is too small to be seen, movement may actually help to see, by creating what is called a 'pop-out' effect. 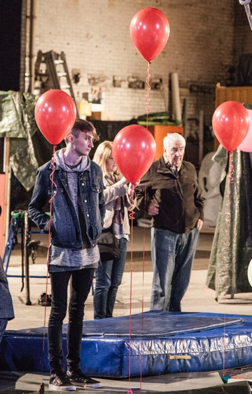 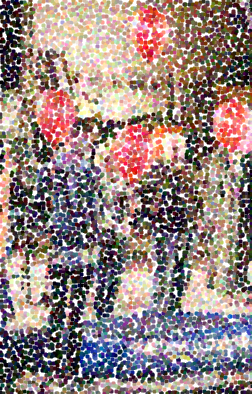 With reduced visual acuity the image may be meaningless, and not interesting enough to give any visual attention to. However, if one of the balloons was released and floated up, the movement may be enough to attract the person's visual attention.

This is called a pop-outeffect.

Here, movement may have helped someone with poor visual acuity see the red balloon. The red balloon wasn't 'not visible' to them (otherwise they wouldn't have seen it when it floated up), it just wasn't interesting enough to give visual attention to. We will be covering visual attention more in Section 2.

How things that move are seen by people with CVI can vary:

For some
Traffic and other fast moving things may not be seen, because the brain can't work quickly enough

For others
Movement can help draw visual attention, for example when the picture quality is reduced due to lower visual acuity

Rarely
Only things that are still can be seen, because movement is not seen

In yet others
Movement only is detected (this may be a reason for a child to rock to and fro, or to enjoy spinning around, as this may bring about a sense of seeing). This is called blindsight.

Our brains process information about images that are moving and not moving separately. Either process can be affected, partly or totally.

This link to Biological Motion leads to a film of how motion or movement might be perceived, without the picture image.

Knowing what can be seen, yet also knowing what cannot be seen, is the key to how best to make use of each person's vision and optimise their development.