Dementia is a medical condition where certain areas of the brain are not functioning typically, particularly around memory and understanding, broadly covered by the term cognition or cognitive abilities. 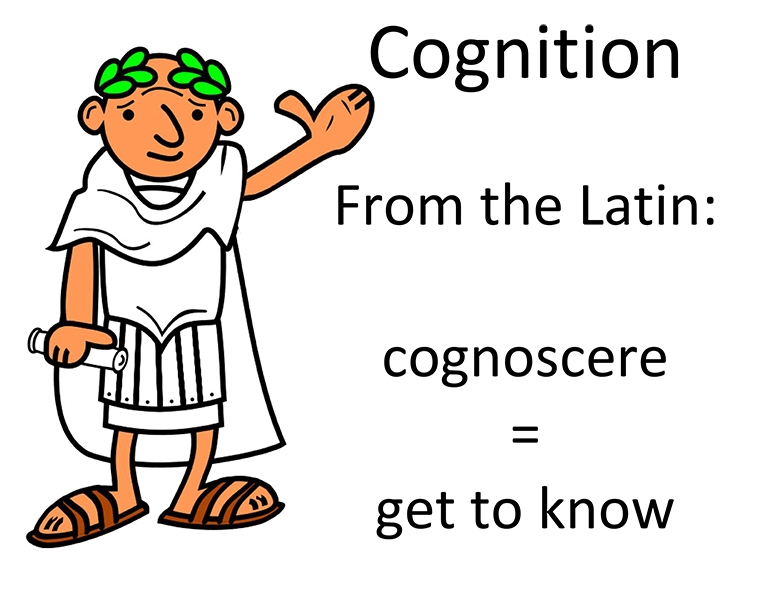 The word cognition comes from the Latin word cognoscere meaning 'get to know'. With dementia, getting to know things becomes more difficult.

With dementia, some things are more difficult to 'get to know', remember and therefore understand. Dementia is progressive, so cognitive abilities can change.

There are many different types of dementia with different causes, including:

Not all of these conditions affecting the brain will lead to dementia, but they can and in some they will.

It seems pretty much anything that can alter the brain can possibly also lead to dementia in some.

There is nothing new about dementia, it was described in Ancient Greece by the philosophers Pythagoras, Plato and Aristotle, and by the Roman writer Cicero and Shakespeare.

The treatment for dementia involves managing the condition.

Think of a city lit up at night, with all the electric lights shining and showing the roads with traffic moving in every direction. 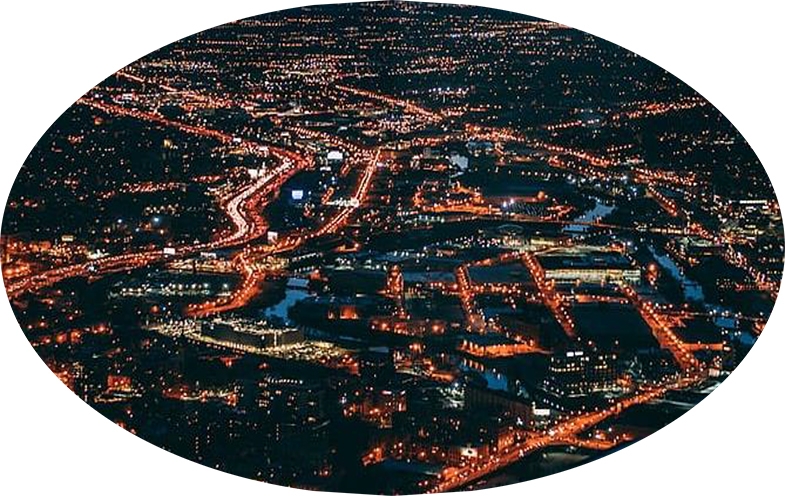 Imagine you are looking down on a busy city at night and can see the roads and traffic moving and lights and lit up buildings.

Imagine that city like your neighbourhood or town has different things you need in different places. The grocery store is in one area and you get to it by a certain road, and the library is somewhere else etc.

Thinking of our city...

Now think of the brain as the city.

The roads are the pathways in the brain. The traffic is all the messages or signals your brain is sending all the time, including right now so that you can read or listen to these words, and the illuminated buildings are the many stations in your mind where you keep all your memories and you are able to make sense of where you are and what you are doing...your cognition.

With dementia, some of those roads may not be as easy to navigate as they once were, and some of the lights and buildings may not be open, meaning things that were once simple and took a moment, like recognising someone well known, can take longer or may not seem possible.

Many think of vision as to do with the eyes, but vision is processed, and is effectively created in the brain. Eye health and tests are important, and everyone should regularly get their eyesight tested. Here, on this website we are looking specifically at the brain part of vision, called visual processing.

As we have shown with the multiple possible causes of dementia (in the list at the top of this page), almost anything that slowly and progressively affects the brain can lead to dementia.

Vision is a major part of brain processing, and it is estimated that 40% of the brain is dedicated to visual processing. It is further estimated that up to 80% of how we learn, so our cognitive abilities, are linked to vision.

So where the brain is causing cognitive challenges, difficulties with visual processing should be considered as a possible factor. 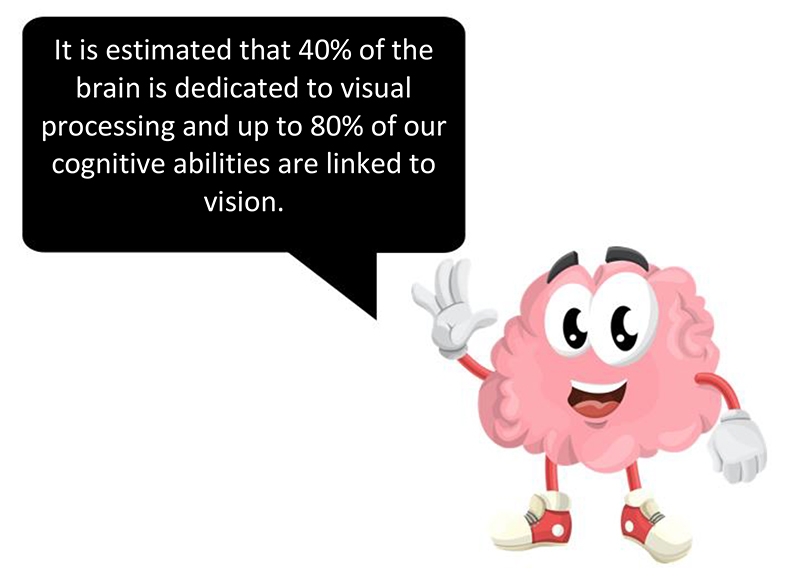 Visual processing is not just about creating the picture you see. There are multiple networks of processes, enabling you to recognise what is seen, move about safely, understand the world as you interact with it, and relate to others.

Disorders of visual processing will not always be the cause of difficulties, but sometimes it can be almost impossible to work out what specifically the causes of the cognitive difficulties are.

Our suggestions may help and no harm can come from trying them. Many involve finding different ways to do things, so with our city example, offering an alternative route or slightly different store. If they do not work, then vision may not be the cause of the difficulties. 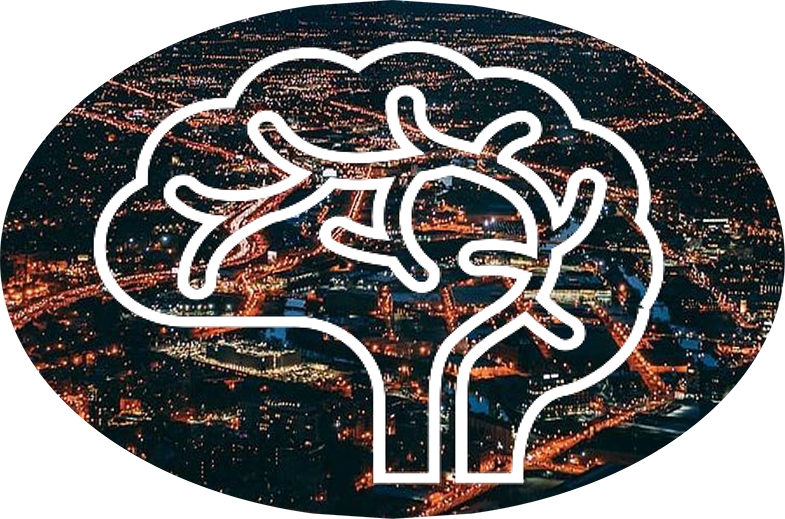 Visual processing is not just about creating the picture you see. There are networks or processes, so you can recognise what is seen, move about safely, understand the world as you interact with it, and relate to others.

It is estimated that between 60-80% of people with dementia have Alzheimer's Disease.