Many people with cerebral visual impairment have a poor visual acuity with both eyes. But what is this?

Visual acuity — also known as clarity of vision — is a measure of the finest detail that can be seen, which is called resolution. If you watch something with poor resolution the fine detail can't be seen because it is blurred. It is our ability to see the detail in the picture, that is to see things as being separate, that helps us make sense of what we are looking at.

With normal visual acuity, technically referred to as 0.0 (also referred to as 6/6 or 20/20 vision) we can see in glorious high definition. We explain the measurements on the page Visual Acuity The Technical Stuff.

Look at the pictures below, would you be able to identify the ladybirds in the second and third pictures? 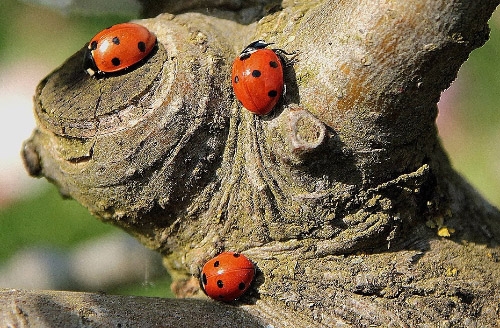 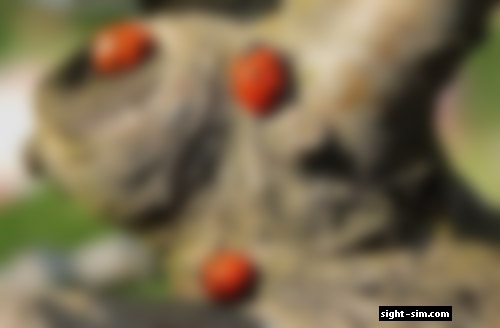 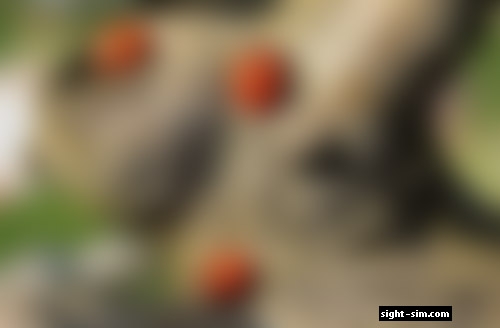 These images have been made using a free programme called Sight-Sim and give an approximate indication of how someone with the measured levels of vision shown sees when compared with someone with typical vision.

We are used to having visual acuity measured with a test like the one below, known as logMAR. 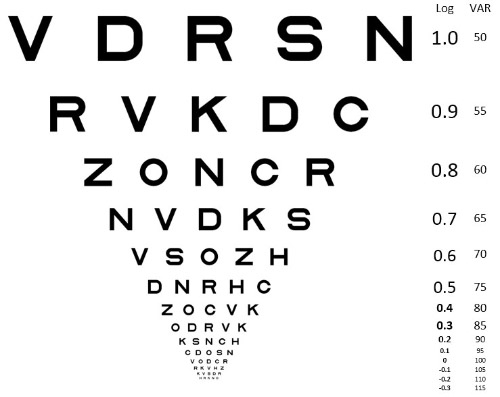 If you were having a sight test and could read the fourth row from the bottom of the standard chart (from 6 meters away), you would be considered to have 0.0 (normal) vision.

Look at the degraded eye charts below, what is it about the letters that mean you can't correctly identify them anymore? 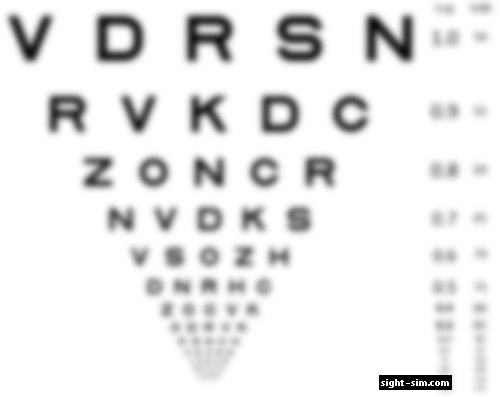 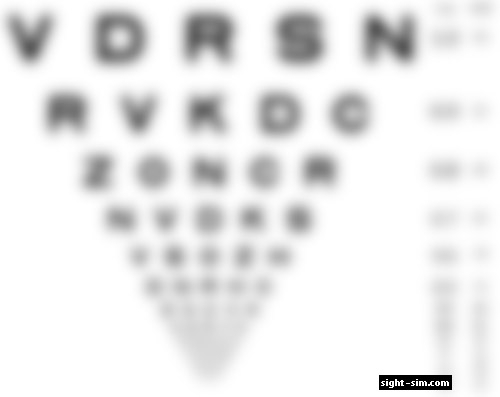 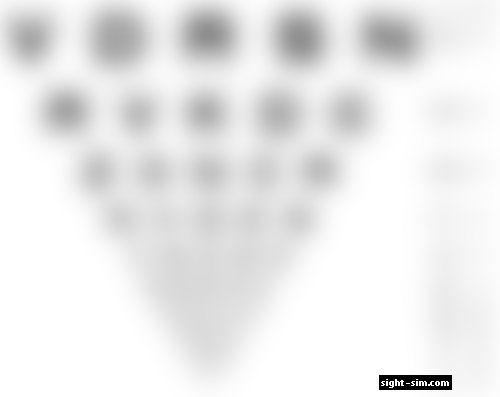 Where you can still see a mark, or a blob, or a blur, but can't make out the actual letter, you no longer have clarity of vision — visual acuity is a measure of clarity.

Visual acuity measures tell us the thinnest line that can be seen at the distance tested.

Not everyone will be able to do a conventional eye test, like people who don't understand letters or can't say what they can see. For those people, there are other ways to do the tests.

The correct understanding will tell us into how big, far apart, and near things have to be, to be to be seen and understood, and the effect their visual acuity has on how the individual sees the world.

Children can only learn from what they can see, so it is essential to measure this and make sure that everything they have to learn from is visible, and if it cannot be made visible, find different ways to help them learn.

A page from a children's book, edited to show typical vision (left image) and the effect of increasingly reduced levels of visual acuity (centre & right images).We're Going in a Bear Hunt by Michael Rosen

A page from a children's book, edited to show typical vision (left image) and the effect of increasingly reduced levels of visual acuity (centre & right images).Fox's Socks by Julia Donaldson

Would the child with reduced visual acuity be able to make sense of the story from the pictures?

Would the child with reduced visual acuity be able to read the writing?

Have any of the characters disappeared?

We explain the measurements and have many more images on our page Visual Acuity The Technical Stuff. Whilst the explanation is more technical, it is still simple. All you need to know is what the letter E is, we explain everything from there.

There are many resources in our section Visual Acuity - Free Resources.