This CVI Pathway follows a girl called Amelia, and aims to demonstrate what can be learnt by seeing the world from Amelia's perspective. Importantly, what we learn about how Amelia is affected by her CVI, and what can be done to help her more.

Amelia is in the Scouts and we went camping with other Scout troops for the weekend. As I said before, she becomes a different child in open spaces.

Amelia was left until the end as the presumption by the leaders/ instructors was she wouldn't be able to climb and would slow the team down, but they would still let her try at the end.

I was outside the fence and watched most kids either panic, or get half way up, no child reached the top.

In fairness to all the children they attempted it but fear took over.

Amelia waited patiently until the end.

As a Mum, like most mums, we can read our children's facial expressions and Amelia had a strange look on her face, one I have seen before, and I just knew she was plotting something as she carefully studied each child who attempted the climb (she was last so she had plenty to study).

I stood back and started to record because I knew what was coming.

Up she went, she was the only child to reach the top but she didn't want to stop, she wanted to go further but was instructed to come down.

Parents, leaders and instructors were gobsmacked, I wasn't and I kept encouraging her. Maybe I was wrong to do this but I knew she was safe as she wore a harness.

Later I asked Amelia "What did you see up there?". Her reply knocked me back, she said, "I was left until last again, no one thought I could do it, so I wanted to prove everyone wrong and I put all my power into my body and climbed. I didn't see anything, but when I reached the top, I saw everything".

I have difficulty understanding what is happening to her brain & vision when she climbs, it's almost as if she can switch both off? (I am aware this may sound nuts but I have watched her scale almost anything, trees, poles, walls etc.).

There may be an explanation for it somewhere but it's absolutely fantastic and fascinating to watch.

She is free when she climbs.

Please don't think I am bonkers but I would like to understand this. 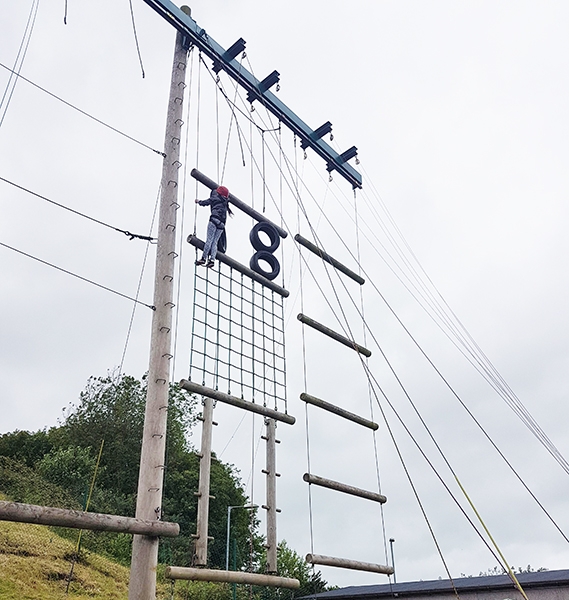 I was left until last again, no one thought I could do it, so I wanted to prove everyone wrong and I put all my power into my body and climbed. I didn't see anything, but when I reached the top, I saw everything (Amelia's words).

We can see four key areas to discuss in this wonderful account, and we will follow each point through the pathway:

In the following sub-sections we consider the relevant factors, and with that knowledge we then try to enter Amelia's world.

Please note, Amelia is at a specialist centre. We encourage everyone to check any facility their child may use to ensure they are licensed, regulated, insured and approved as well as being and experienced in working with children who may have additional needs.