Connor is considered to have profound disabilities (not how his mother views him). Connor's CVI is severe and he is registered blind. Connor also has a cerebral auditory impairment (CAI) at the severe level too, this makes learning extremely challenging because the two main senses, vision and hearing, are both of extremely limited use, or are they...

Connor's mother heard from the mother of another child with CVI that they loved horse-riding, and wanted to try it. Connor had been averse to anything new for several years, so this completely new experience had to be very carefully thought through.

On the first visit to the stables, the plan was to let Connor sit on the horse, no more, and build up from there. Connor, instinctively knowing he was somewhere unknown, began to panic and tried to lie down, his way of saying it is too much. Hoping for just a few seconds on the horse, everyone, including the staff, were amazed that once on the horse Connor completely calmed down and clearly enjoyed a fifteen minute walk.

Connor, not having any obvious sense that there was a fall that could harm him, had to be heavily supported, and had a member of staff either side, with one hand holding his shin against the horse, and the other hand supporting his back and shoulders (so he didn't fall off), and a third person leading the slowest smallest horse in the stables.

Connor loved it, and that was all everyone needed. Every week he returned, and using the tiniest baby-steps he needed less and less support, to the point a year later where he is completely balanced, pushing weight through the stirrups and holding onto the saddle.

Connor was never going for a horse ride, Connor was (is) learning to ride a horse for himself by himself, independently.

Connor's mother has invested considerable time learning to understand how he experiences the world, and whilst she knew this step into the unknown would be difficult, she planned, including:

2. How was horse-riding made accessible for Connor?

Some children can achieve in a single lesson what Connor has taken a year to learn, this is not the purpose of sharing this story.

By understanding the reasons behind Connor's learning challenges, and adapting and accommodating where necessary, including allowing enough time, he has shown that he can learn how to ride a horse. 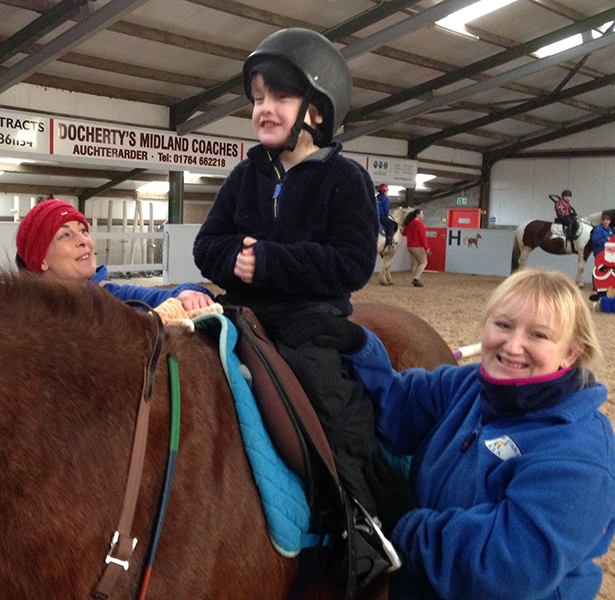 Initially Connor needed to be fully supported on both sides, to learn the correct posture and not fall. 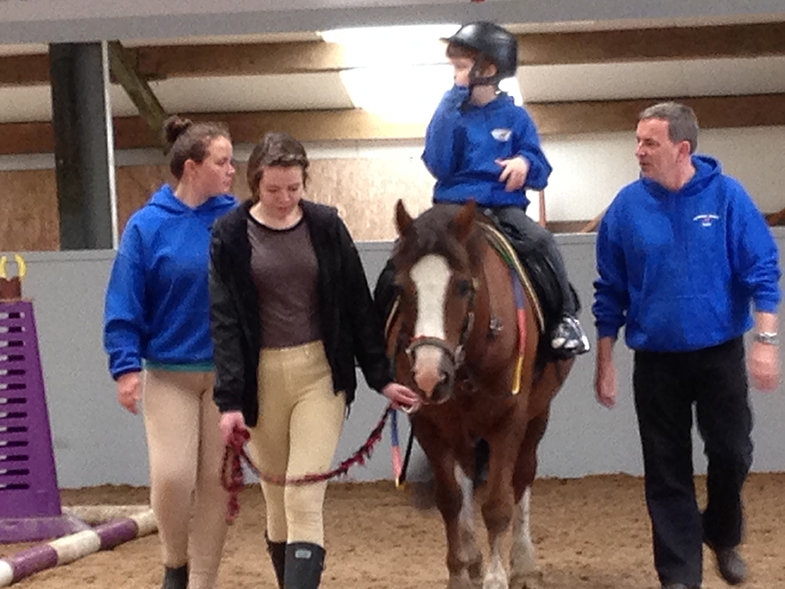 Now, whilst Connor still needs supervision, he is able to ride without being physically supported, with beautiful posture, pressing his feet into the stirrups, and sometimes (when not dancing) holding onto the saddle.