Clutter comes in all shapes and sizes...

There are cluttered rooms 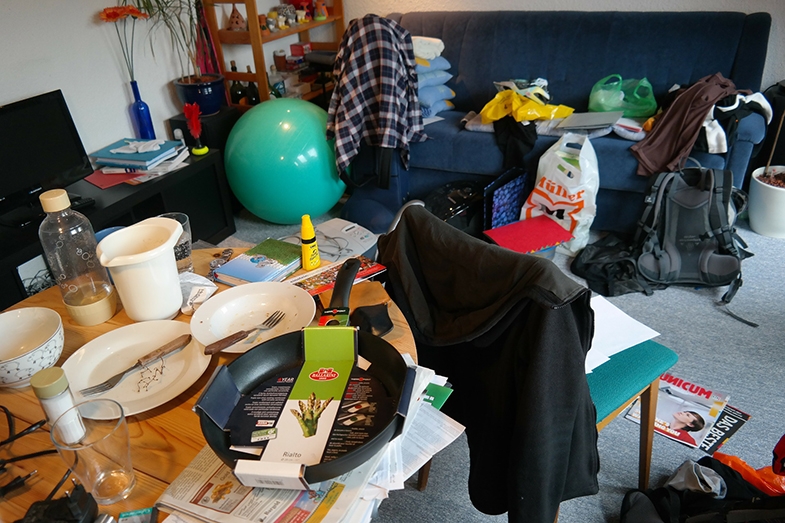 There are cluttered streets 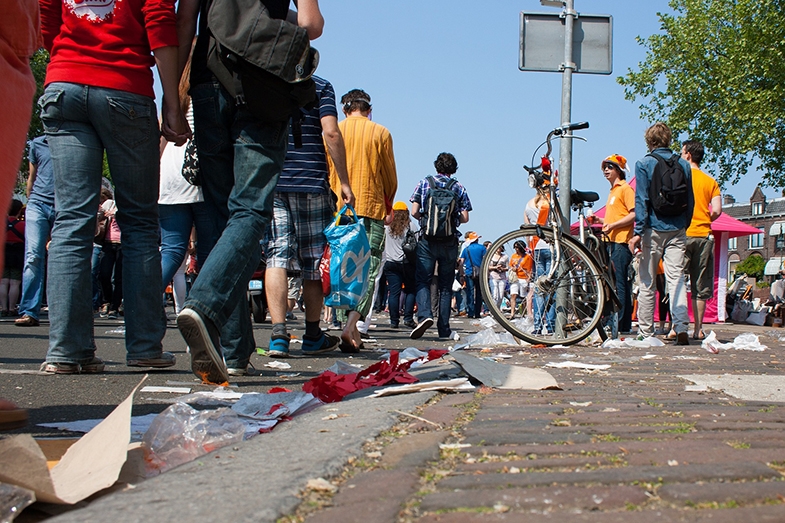 There are cluttered markets, malls and shops 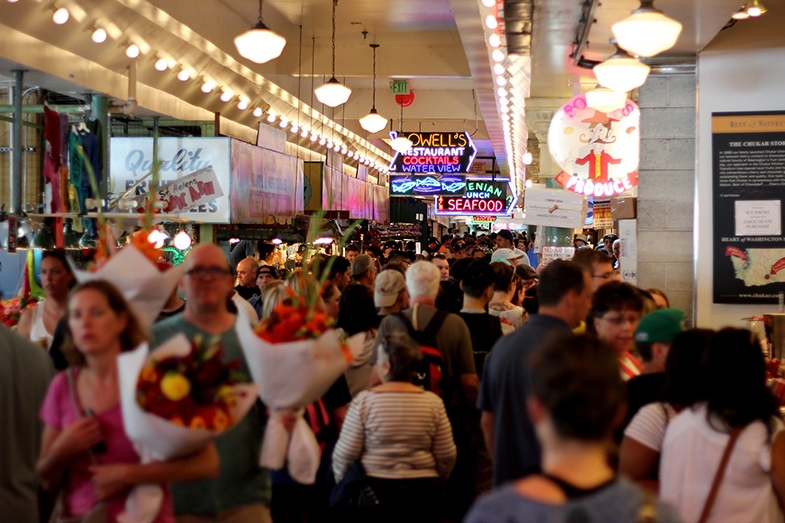 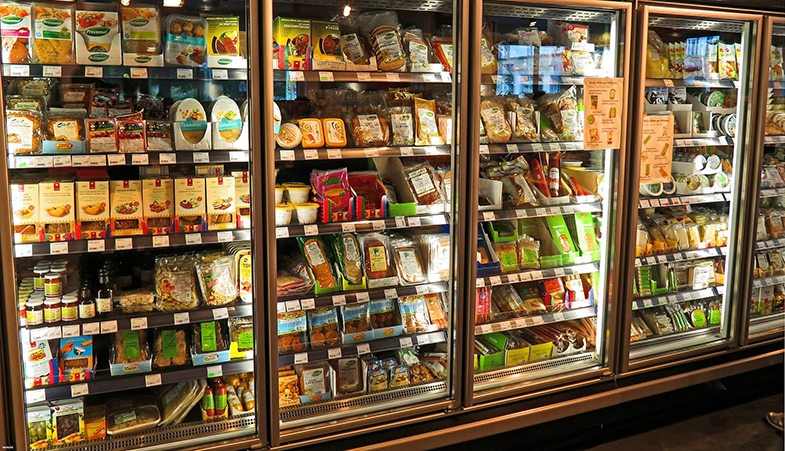 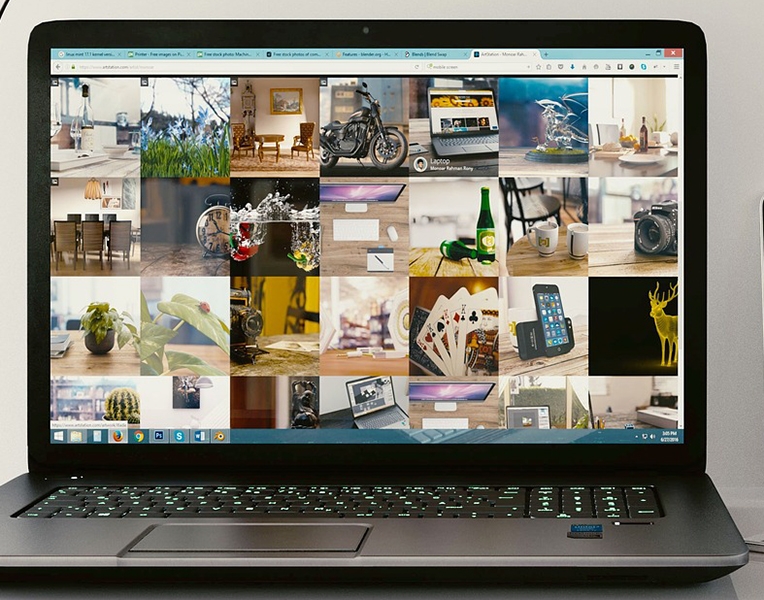 Clutter is not only visual, clutter can be noise too... 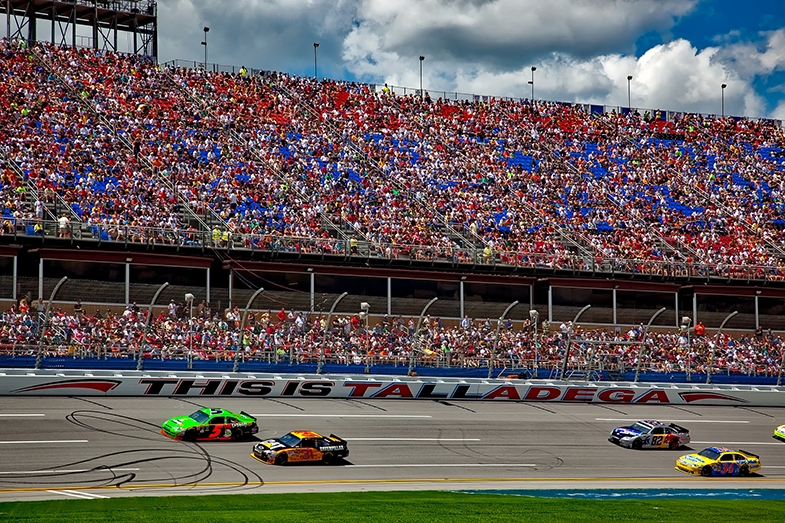 The most challenging environments are those where the clutter is both heard and seen (visual and auditory), which might include coffee shops, restaurants and bars. 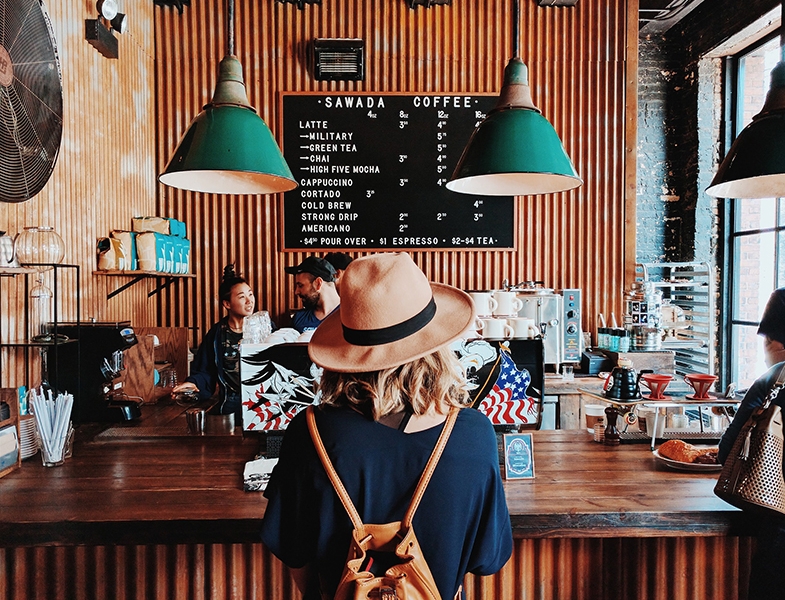 Clutter is not just an untidy bedroom or shopping centre packed full of people. A television programme, including those made for children can be cluttered, and made more challenging with lots of fast movement and many different colours. This may be more interesting to watch for some children, but this presents additional challenges for children with CVI. 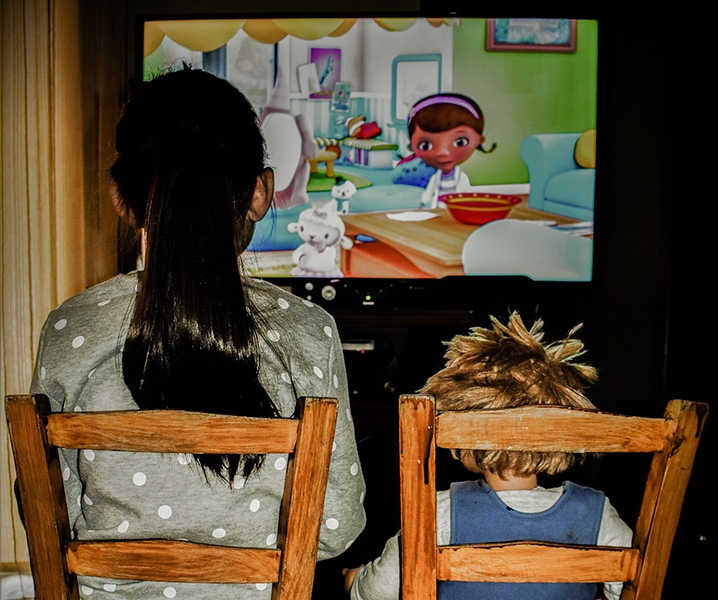 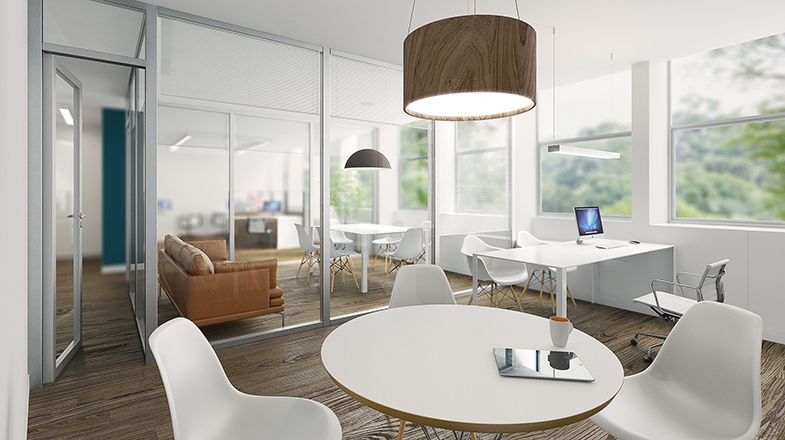 Businesses, particularly technology companies, long ago recognised the benefits of creating uncluttered working environments - when will schools catch up????

Museums long ago realised that their artefacts needed to be exhibited in clear uncluttered spaces... 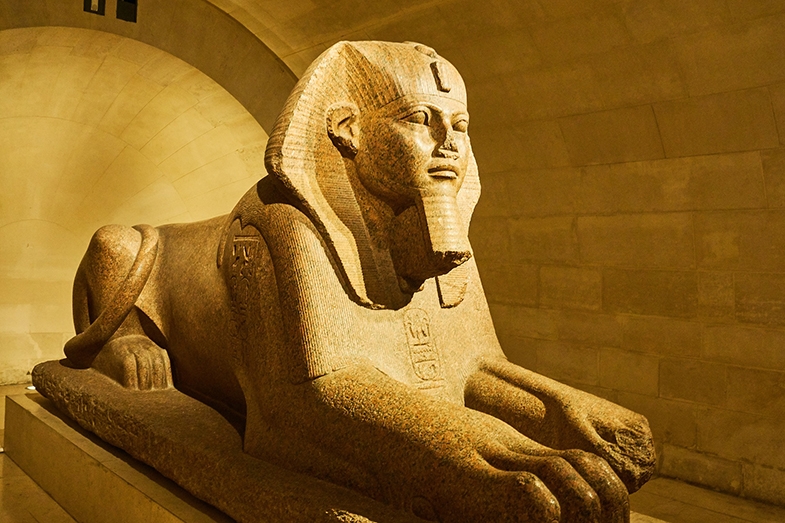 As did art galleries... 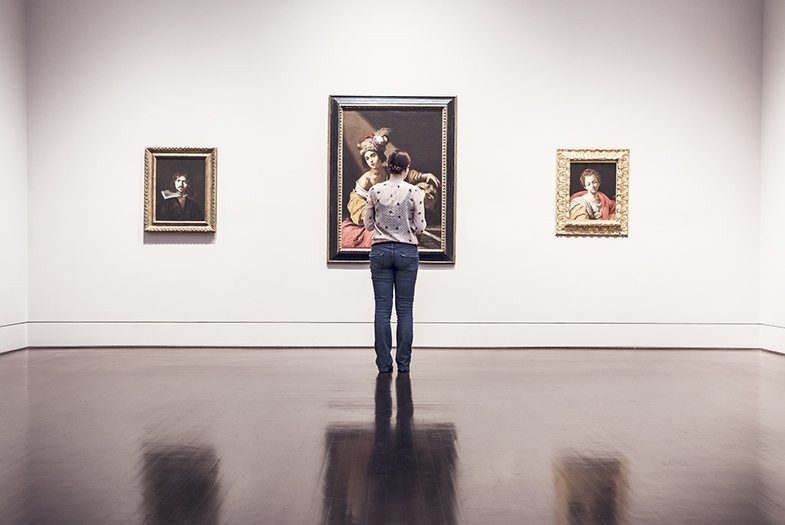 We all see and hear better without visual and auditory clutter. For the person with CVI this clutter presents a greater hazard, and for some it can be so overwhelming as to leave them functionally blind, emotionally devastated and helpless. You can read several examples in our section on CVI Meltdown. The flip side is that with a few simple accommodations, not only can the person's life be made much more comfortable and relaxing, their brains can actually develop (neuroplasticity) - just by decluttering! This was described to Gordon Dutton and shared in his Blog 17.

In the following sections we have made some recommendations that should be cheap and easy to implement, however please ensure that changes are gradual, and involve the person. Imagine coming home to find someone has completely redecorated your house without you knowing anything about it! If the child is used to a more cluttered environment, slowly make changes, and it is likely you will see the child being drawn to the less cluttered areas.

In every sub-section of Home, we consider the application and implication across five broad areas (listed below), which cover how many with CVI will spend their time. They will not cover all the time for everyone, but hopefully will give some guidance on how to relate what we explain and suggest, in practical ways, to the individual with CVI.

1. Time at home and in the garden

These measures are particularly important for any room where the person spends the most time , for example their bedroom.

If the person has reduced contrast sensitivity, select bold contrasting colours, but not patterned, including:

Walls
Reduce the number of pictures on the walls

Use a single light paint colour, not patterned wall paper

Sally has CVI, her mother wrote:

When Sally was little her behaviour gradually got worse and worse, frustrations and overloads would trigger daily CVI meltdowns and unfortunately escalated into self-injurious behaviour. Advice was wide-ranging but ultimately not helpful so we resorted to taking her to her room to calm.

Her room was lovely, a real girly room. Pink, fluffy and soft was the theme with stuffed animals and toys. We spent a lot of time in the room trying to calm her.

When she was about five, concerns started to be raised about her vision and how she could only process a small number of objects in front of her, we knew already she could not cope with crowds and had an odd "thousand mile" stare. Advice was now to not overload her vision - only three items in front of her, no crowded spaces but no one said anything about her environment. CVI meltdowns were still daily at this point and hard to control.

Finally we made it to a specialist CVI clinic where Sally's severe visual processing issues were observed. On the first page of a thirteen page report, in bold capital letters was written DECLUTTER ROOMS. Lightbulb moment - why had no one said this to us?

I got new duvets, new curtains, new furniture, all white or at least very pale. Toys and animals were removed to another room. Lighting was also changed, as a white room with bright lighting is very clinical. Her bedroom became an oasis of calm.

Her behaviour didn't change overnight, wish I could say it did, but gradually CVI meltdowns were shorter and she began to take herself to her room as a place to de-stress after a day at school. From her avoiding her room except for sleep, she can now spend all day in there. Daily CVI meltdowns don't happen now and she always goes into her room after school and chills. It's now her refuge.

It's still a girly room but colours are now very muted and limited to the curtains, patterns are textual in the fabrics and there is only a couple of white bears in a corner. I even changed the furniture to white.

Seeing the effect the room changes had, I then tackled the rest of the house. All rooms are now pale, with white and neutral colour, lighting is soft and I bought lots of storage items to hide stuff away. This opened the whole house up for my daughter and now she roams happily from room to room and she is now enjoying the box room, the one room I cannot de-clutter. She pops in and out of it and explores it but when it gets too much she squawks and leaves. It can be difficult to keep the whole house clear of clutter, we all live busy lives, but I can see the differences in my girl when the house is messy and when it is clear.

My only regret is no one told me sooner about decluttering the environment.

We are aware that many children with CVI have difficulties sleeping, and there are many different reasons for this. Like all of us, to relax the brain needs to 'switch-off', and reducing the visual and auditory stimulations (clutter) will only help, by giving the brain less work to do. 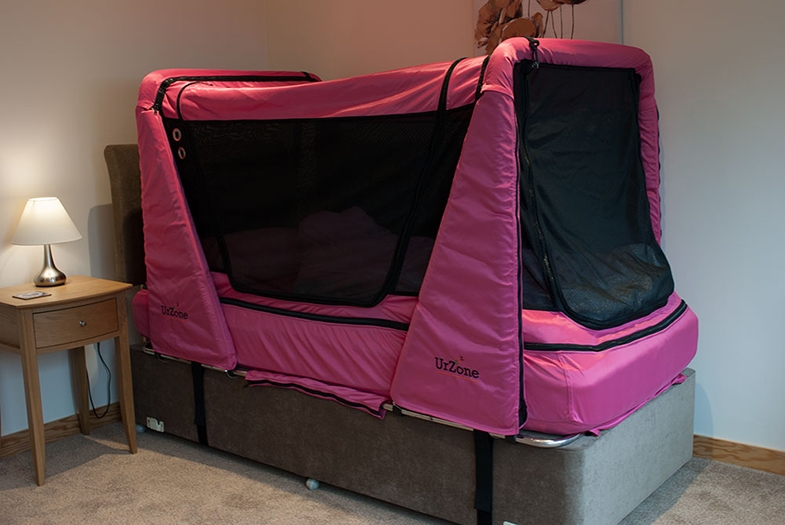 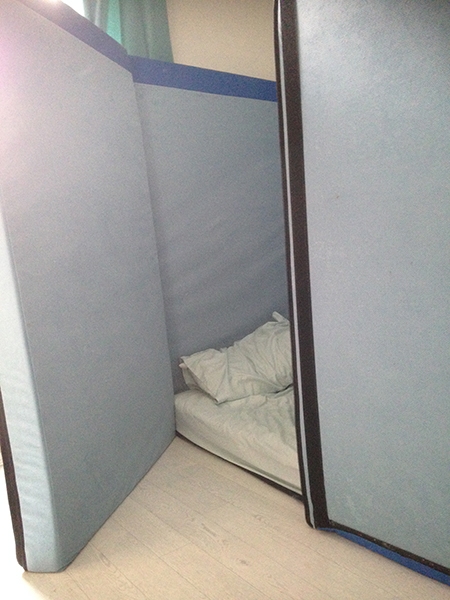 Other's make their own using tents available on the high street 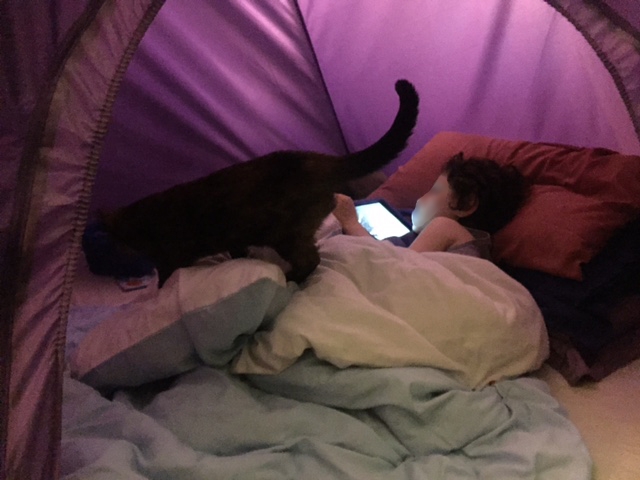 These beds all do the same thing, they block out visual (and assuming the room is quiet) unwanted auditory clutter.

We are not suggesting de-cluttering will solve your child's sleep problems, we know that can be very complicated and involve many elements including behaviours and anxieties that have built up over time. What we are saying is that by reducing the visual and auditory clutter, you are giving your child's brain less to do, which will help it relax.

Shops
Shops are notoriously full of clutter, as playparks can be. Some children will already really dislike these areas, but with a little thought they can be made to be enjoyable, or at least tolerable.

Many can quite happily go through life without going to the shops, but for some, it presents a real difficulty not being able to do something simple like go to the shops without having to arrange care in the home for their child, who can't be left, but also can't tolerate the environment.

Shops will always be cluttered, that can't be changed, but a tolerance can be gradually developed using tiny baby steps of controlled exposure during the quieter times, and gradually building it up (see Gordon Dutton's Blog 15 for an explanation of the approach).

Play Parks
We know many children who really struggle in playgrounds and parks, and the visual and auditory clutter are a key challenge. Some suggestions: 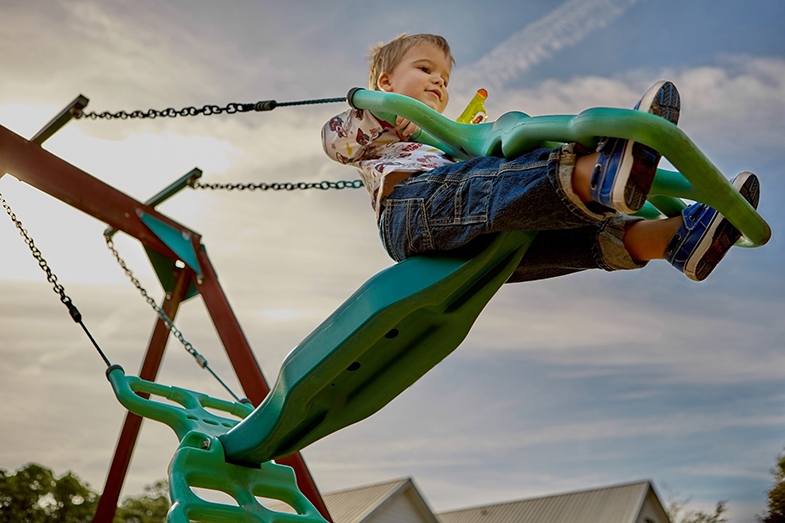 Some play parks are busy and noisy, try to go at quieter times, or chose an alternative play park that has less auditory and visual clutter.

We know there are many more examples in this section. The same principles apply, consider:

Can we do this / go there with less clutter? A supermarket has quieter times but is always cluttered. A play park may at times feel very uncluttered, and at other times overwhelming.

Is it worth it? There are three options:

It is all about balance, with support and guidance your child may learn to tolerate certain new environments, and you need to decide, if possible with your child, which ones are the important ones.

Cars can present a wonderful sense of safety, a known protective shell and we know many children with CVI love being in cars.

The same principles apply, and a car that is less cluttered will be more comfortable for the person with CVI. Clutter extends to noise, including the car radio - for some children with CVI they have no sense that the sounds from the radio aren't actually in the car!

5. Socialising and visits to friends and relatives & holidays

If visiting another home, the person with CVI is likely to be much more comfortable in an uncluttered environment. If that is not possible, ensure someone is sitting close to them to help them feel safe and secure, and can offer guidance whilst moving.

For regularly visited places, maybe close family members, there could possibly be a designated area, or you might consider taking a little pop-up tent, to create a temporary clutter free zone.

We cannot stress highly enough the challenges clutter presents for those with CVI.

With clutter the person with CVI

Without clutter the person with CVI

We think it's a no brainer! 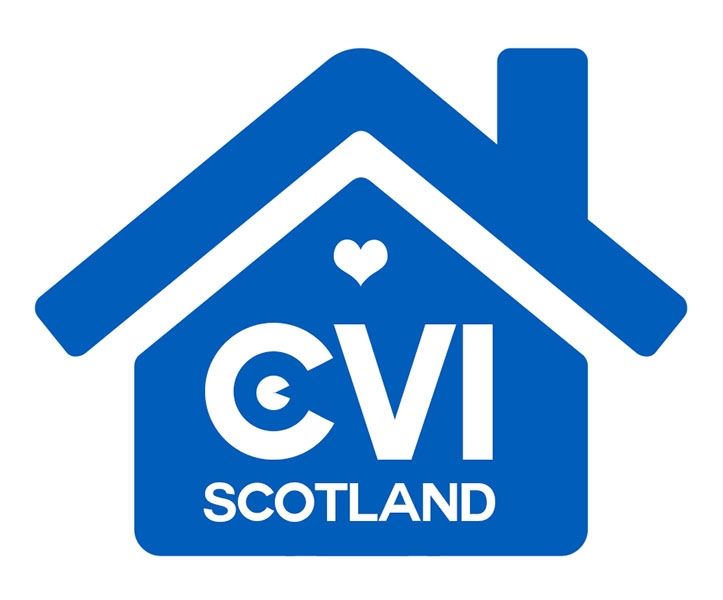