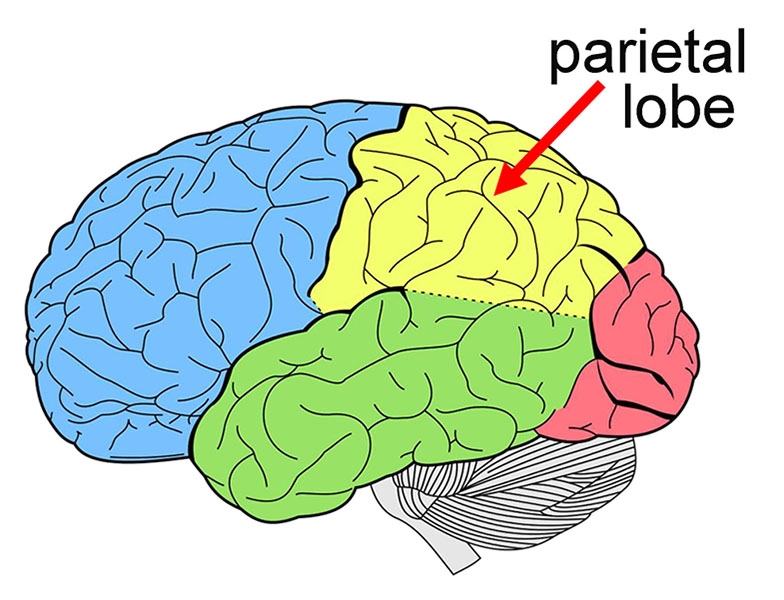 Diagram showing left side of the brain with the parietal lobe, coloured yellow and indicated with a red arrow.

An important part of the visual brain is found at the back of the parietal lobes, close to where they meet the occipital lobes. These are called the posterior parietal lobes. 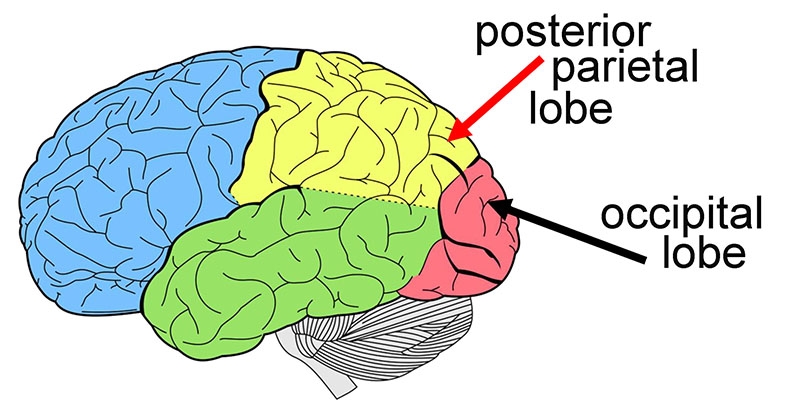 Think of your visual world as being a bit like a conveyor belt on a production line.

The image has been created in the occipital lobes, and now it moves to a different part of the brain, like on a conveyer belt, to the back of the parietal lobes (the posterior parietal lobes), to map the scene in 3D and give visual attention.

Mapping the scene in 3D (in relation to our bodies), to let us move through it, is an extra process performed in a part of the brain (the posterior parietal lobes) next to the occipital lobes.

Before you move on to the next lesson, please check: