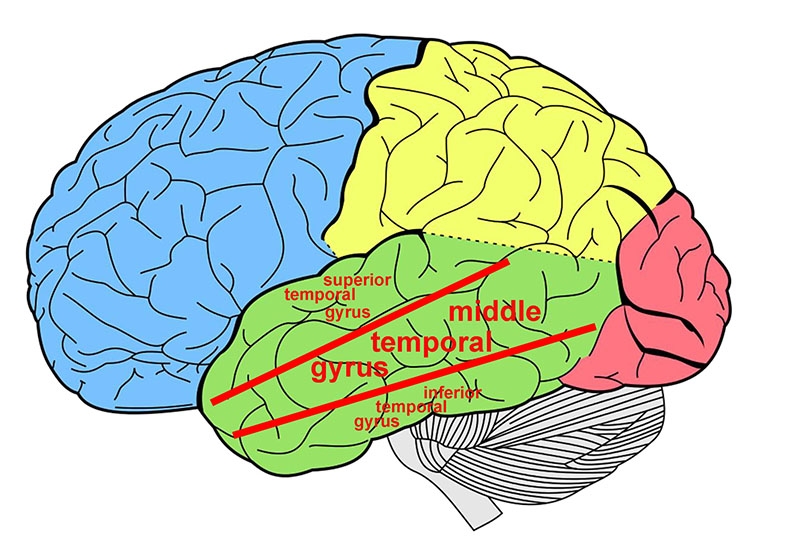 Diagram showing left side of the brain with three areas of the temporal lobe (coloured green) indicated with red lines and text.

The left temporal lobe is coloured green on this diagram.

The temporal lobes are split into three areas:

Near the point where the occipital lobes meet the middle temporal gyrus, is an area called MT, which stands for middle temporal, and is also sometimes called V5. 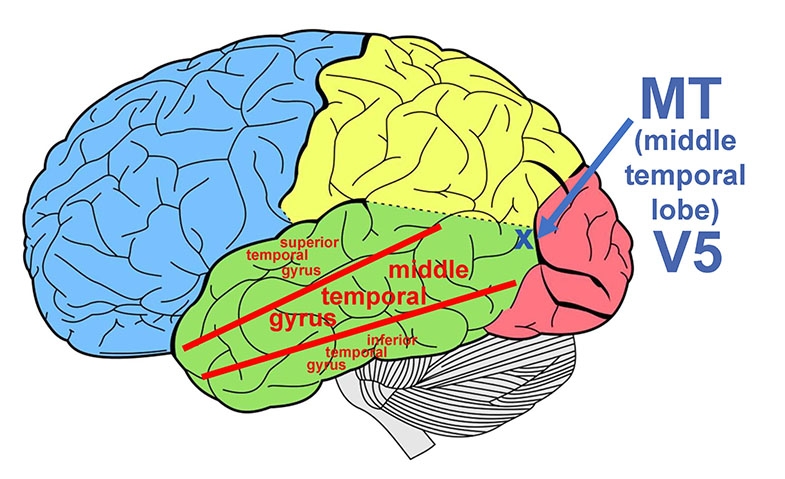 Diagram showing left side of the brain with the location of the area MTV5 indicated with a blue cross and arrow.

MT is the name of the part of the brain responsible for adding movement to the mental image created by the occipital lobes.

Going back to our production line...

In the last lesson, our image travelled from the occipital lobes to the posterior parietal lobes.

The same image, at the same time, so simultaneously, travels to the temporal lobes, and the first port of call is MT, right at the junction of the occipital and temporal lobes, where movement is added, as it is experienced, in real-time.

Before you move on to the next lesson, please check: