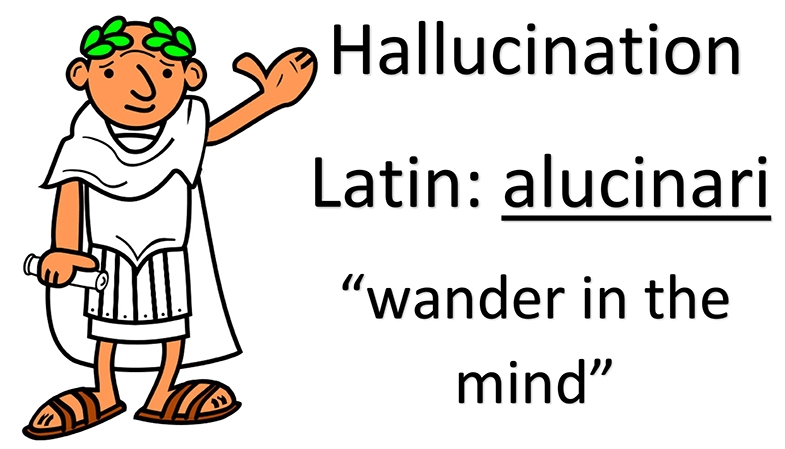 Right now, take a moment and look around you.

What do you see?

How do you know the scene is real?

What is 'real' in relation to what you see?

We are not trying to raise philosophical questions. These questions relate to the brain processes creating vision going on in your mind right now.

We need to explain a part of this process to show what visual hallucinations are.

Let us imagine we are all together on the banks of a loch here in Scotland, looking at Linlithgow Palace. 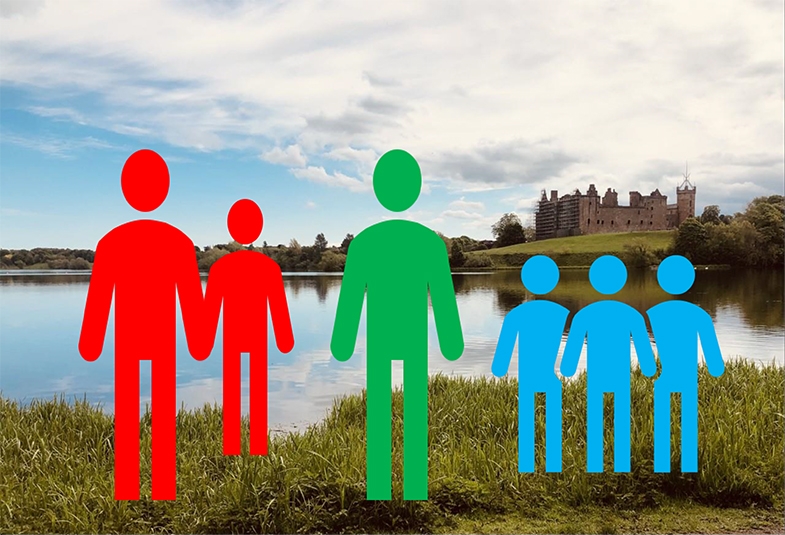 You are the person coloured green in the centre.

What you see is the picture your brain creates, as we have covered in previous lessons. 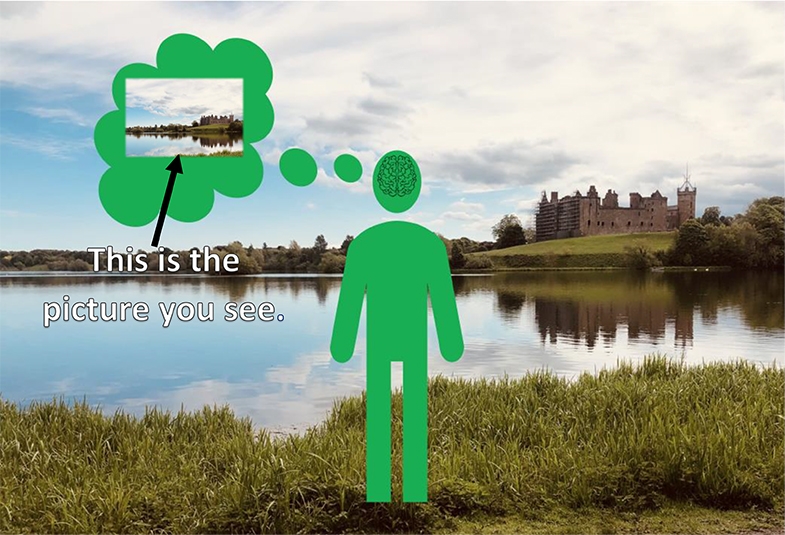 That picture created in your brain should be an accurate match of what is in front of you.

So vision could be thought of as two matching images:

The image you are aware of, including the image of what you are looking at right now, is the brain image. Your brain very cleverly makes you think it's the outside image you see, but it isn't.

The brain image can be different to the outside image for many different reasons, covered in multiple previous lessons.

One way it can be different, is if the brain image has things in it, that are not really there.

When this happens it is called a visual hallucination.

There are different types and different causes of visual hallucination.

With the eye condition age related macular degeneration (AMD) the person can be left with an absence of vision around the centre of their visual field. 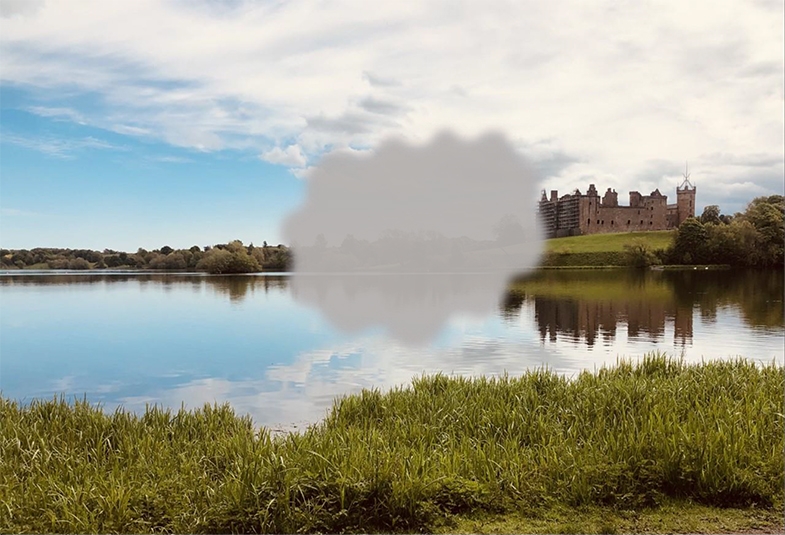 Area coloured grey to represent vision loss and absence of vision for some with age related macular degeneration.

In lesson 3i (Visual Recognition) we explained the process of your brain taking the visual information received first through the eyes, to create the picture of what you are looking at and taking that to your visual memory files, to make sense of what you see.

But what if there is a missing part of what you are looking at, because of a problem with the eyes, as with the image above.

Accounts vary, but as the central vision reduces over time, many are only aware that things are less clear towards the centre of their vision.

As their brain goes through the natural process of making sense of the picture it is presented with, by finding matching visual memory files, there is a problem - the brain has an area where it has no incoming visual information to match with visual memory files - what is it to do?

For some people with AMD there is an absence of vision in this area, but for others, their brain tries to fill that gap. What does it fill the gap with? Other images from your visual memory files, including very realistic images or colours, shapes and patterns.

Sometimes the brain's attempts can be very wrong, including for example filling a space with lifelike images like known people. 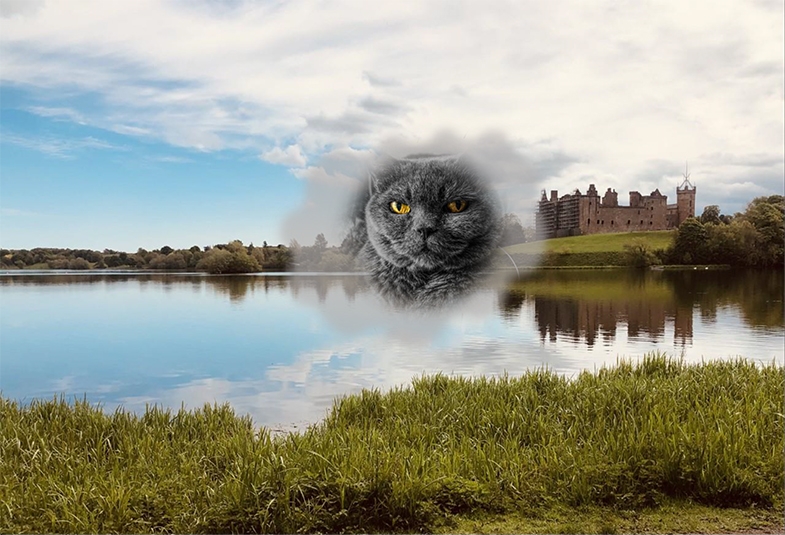 Your brain is trying to fill in gaps to help you make sense of where you are, using images mostly stored in your temporal lobes. This creates visual hallucinations, and explains how your childhood cat can emerge in giant form from a Scottish Loch.

The brain image, the image you are aware of, is presented in a way that it represents what is real on the outside.

The visual hallucinations are as real as anything is possible to be real, to the person having them.

Visual hallucinations can be frightening, but also sometimes, for some pleasant.

So in many respects, visual hallucinations represent a very natural visual process that has gone a bit wrong. The brain's response to an absence of information.

The fear of being labelled stops many reporting their visual hallucinations. One study noted:

Sensitive and sympathetic history taking is required to make the diagnosis. We are finding that as many as 60% of patients with age-related macular degeneration with a visual acuity of 6/36 or worse , if carefully questioned, will describe hallucinations

Reference at end of page.

Other types of vision loss can lead to similar visual hallucinations, and the cause is considered to be broadly due to under-stimulation or lack of information going to the temporal lobes, which are programmed to fill your images with meaning based on the images in their picture files.

These types of visual hallucinations are called Charles Bonnet Syndrome.

The temporal lobes are typically where most of your picture memories are stored.

In our picture (repeated below), you may not recognise the building as Linlithgow Palace, but you would recognise it as a building and different from the grass, trees, water, sky and clouds. To do that requires picture memories, for most stored in their temporal lobes. 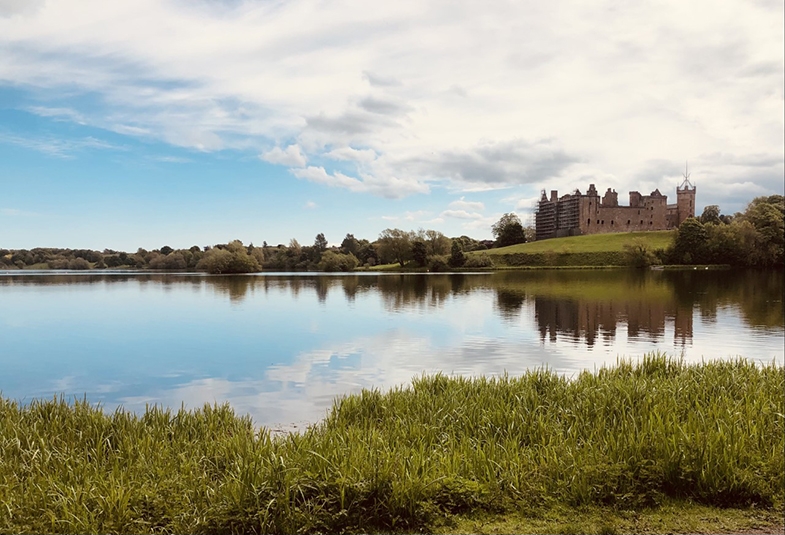 But what happens if there is a problem with the temporal lobes?

So when the banana shelf is empty, a worker goes to the stockroom, to the location of the bananas, takes a box from that location and takes it back to the shop floor and the shelf of bananas can be re-filled. That is how the system is meant to work.

A number of different issues can arise when trying to fill the empty banana shelf:

1. The worker going to the stockroom may find the route they usually take to get to where the bananas are kept is no longer there or has been blocked, so they can't get to the bananas any more, but there needs to be something on the shelf, so they get something else to fill it.

Here, the white matter pathway may have been damaged, meaning the pathway to find the correct visual memory is inaccessible, leaving the brain with a problem - what do I put there? And so it picks something, a different visual memory / image.

2. The supply of boxes of bananas in the stockroom is not there, so when a box of bananas is needed, the worker who needs to fill the space on the shelf, picks something else.

Here, for example due to temporal lobe damage, the area where certain images are stored is no longer working, and so when the image of what you are looking for is absent, the brain picks something else.

All of these experiences can be caused by issues with the temporal lobes, where most of the images experienced and remembered are stored.

Other Causes of Visual Hallucinations.

Some experience visual hallucinations after or during a seizure.

If a child with CVI appears to experience a sudden deterioration in vision, especially in children unable to explain their vision due to limited verbal skills, this may be caused by seizure activity in their temporal lobes. This is something it is important to be mindful of and mention to your doctor. A test called an EEG (electroencephalogram) may be scheduled to check for seizure activity. If found, medications can help and improve the child's vision. In rare cases neurosurgery can help too.

Interpretation of an unformed visual hallucination from a description by a person with CVI who was affected by seizure activity in the temporal lobes.Video Link: https://vimeo.com/640460517

The auras experienced by some people with migraine headache and 'floaters' are visual disturbances and do mean you see something that is not there, so technically are a form of visual hallucination, but most do not classify them as such.

Some medications and drugs can cause visual hallucinations.

Palinopsia means that the image of what you were looking at is not disposed of when you look at something new, meaning the previous image can linger. This is a form of visual hallucination in that you are seeing something that is not there, but the underlying cause is due to a different visual processing issue, as explained in lesson 11a. 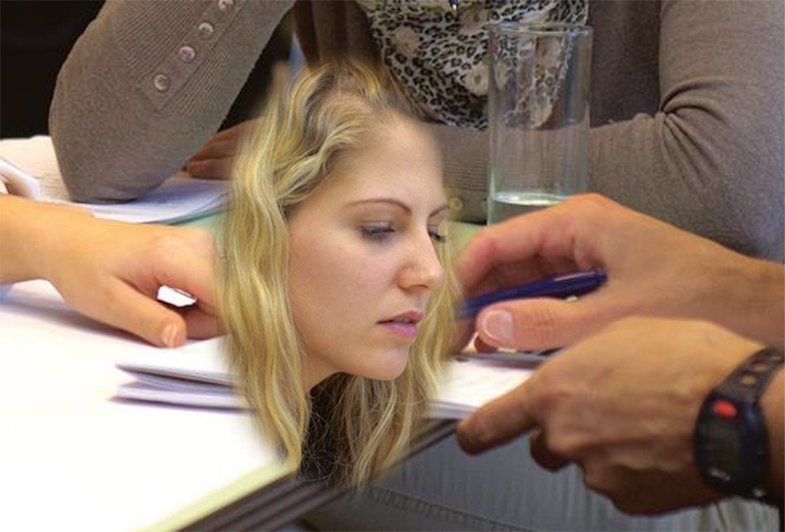 Example of palinopsia, from the previous lesson.

Synaesthesia is the name given when different senses link together, for example where numbers are understood as colours. A commonly reported form of synaesthesia relates to the experience of listening to music, where the sounds are experienced as visual patterns. This is called visual synaesthesia. 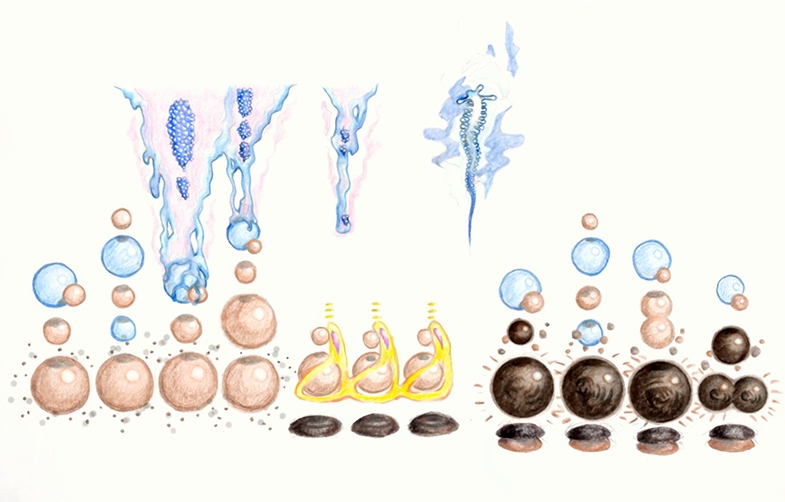 This is an artistic rendition of the imagery seen by a young person when listening to orchestral music.

There are many more examples of images of visual hallucinations on-line. The images on this page and the website tutorial are our interpretations based on accounts from the researched findings and shared within our team. 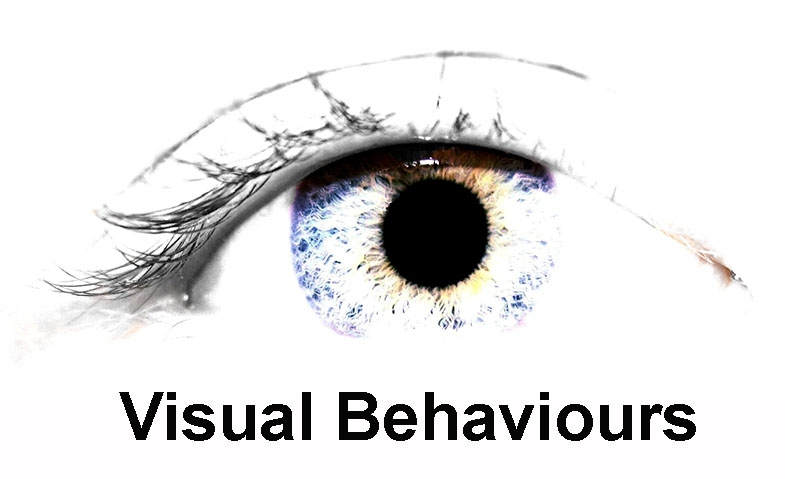 We know from research that some people experiencing hallucinations are frightened both of them, and to report them, due to the stigma associated with the condition and fear of being labelled. For this reason, rather than reporting seeing things that are not there, the person may suddenly become frightened or disorientated or confused. If the person has a severe degenerative eye condition, it is always worth sensitively considering whether they may be experiencing visual hallucinations - a very natural process of their brain trying to do it's best to help them...but not always getting it right.

The same applies to those with dementia, for whom visual hallucinations need to be sought by carefully asking about what the person is seeing. In more advanced dementia an affected person may appear to be fending off something or someone, but is unable to talk about it.

In complex and non-verbal children with CVI, a sudden deterioration of vision may be an indication of seizure activity in the temporal lobes creating unformed visual hallucinations. This needs to be reported to the child's doctors for further investigations. 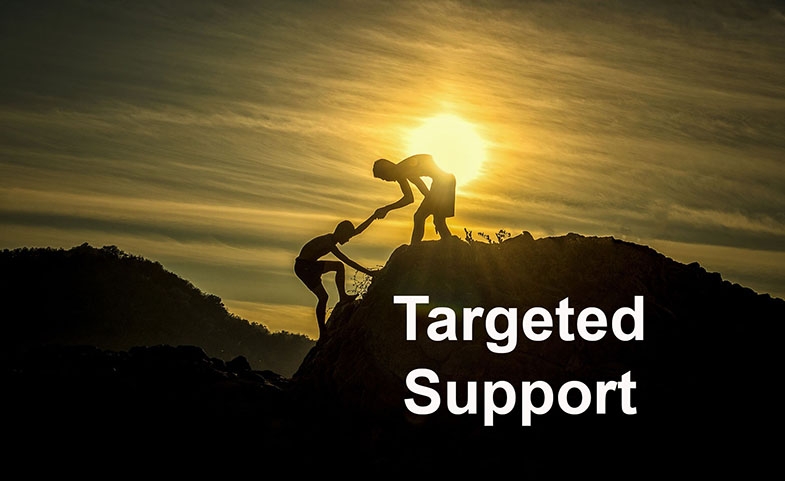 Before moving on, please check you have understood: 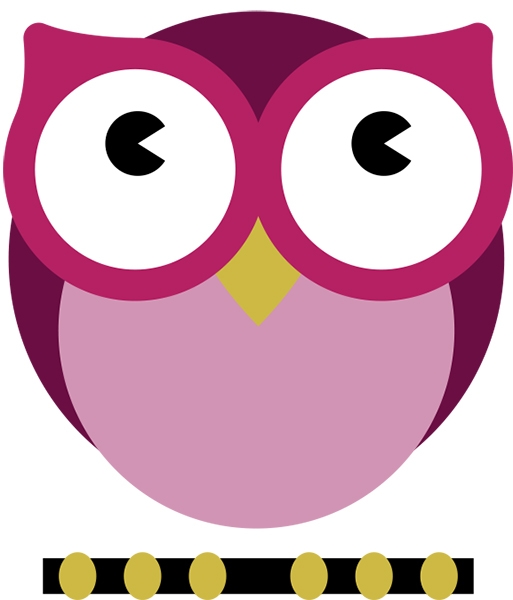