The visual information received through the eyes does much more than just create a picture, as we explain through our What is CVI? sections.

With blindsight, the visual information, where there is a sudden movement from the side, triggers a reaction to move or act, very quickly.

This may be from our hunter gatherer days when we needed to be alert to threats from wild animals.

Imagine a car pulling out from a side road, seemingly without looking, when you are driving. You slam on the brakes (or swerve, or honk your horn). It is likely that your foot was on the brake or your hands adjusting the steering, before you had consciously seen the image of the other moving car. The super-fast reaction, hopefully avoiding a collision, was thanks to your blindsight. 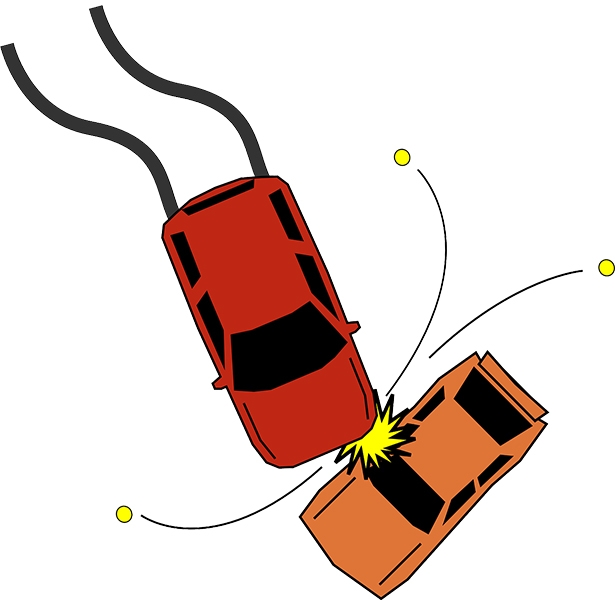 Blindsight is a non-conscious reaction, triggering a reaction to move or act that is much quicker than our conscious vision.

The CVIs and Movement

Many people affected by the CVIs need movement to help them see better. There are several different reasons for this, and it is likely that for most, a combination of these are relevant.

The parts of our brain where movement is processed are deep in the brain (the pulvinar of the thalamus and the superior colliculi) and in the middle temporal lobes (an area called V5).

The deep brain unit gives the super-fast automatic reactions, while the middle temporal lobes (the area V5) organises our perception of our moving worlds, with a seamless synchronicity to match our perceptions to the real-world events we are looking at. So, it is possible for the deep brain visual unit to occasionally react automatically and non-consciously to moving events, even in people with no apparent vision due to their CVI. This is because of what is called blindsight - reacting to a visual stimulus, despite no apparent vision. Blind affected adults have shown us that they can even respond to the emotions of facial expressions despite being unable to see (this is called affective blindsight). We have seen children without vision due to CVI who are able to do this too.

There are also people who may be able to create a picture of high clarity and colour contrast (in the occipital lobes), but due to injury affecting the V5 area, movement is not mapped as accurately, and for most this means things that move too fast for them are not mapped and so, not seen. Yet if slowed down sufficiently they can become visible, this condition is called dyskinetopsia.

Thus, with dyskinetopsia things that are too fast are not visible, and slowing them down makes them easier to see.

There is a very rare condition called akinetopsia where no movement is seen, but this has only been recorded in a few single cases.

The patient Milena, featured in this news feature lost her sight because of a stroke blocking the blood vessels to her seeing brain (the occipital lobes). She became completely blind, but many months later began to be aware of things moving, like rain drops running down the window. This is called the Riddoch phenomenon, and was discovered a hundred years ago, as we explain in our Blindsight section.

When she was seen by Gordon Dutton, he thought it likely that she would be able to walk round obstacles such as chairs, and much to her surprise she could do so. He suggested that she use a rocking chair to see around the room, and this proved effective.

In 2004 he read the book Sight Unseen by Mel Goodale and David Milner, these authors clearly explain Milena's type of vision, relating their explanation to a patient with very similar features to Milena. He contacted Mel Goodale in Canada who was keen to investigate her vision and she ended up working with the amazing team featured in this news feature. 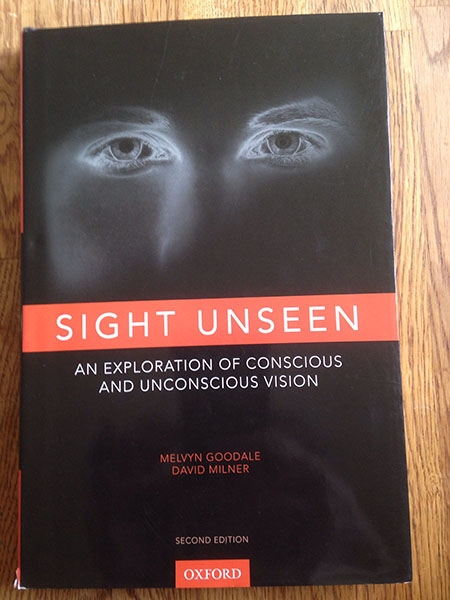 This newspaper feature states that Milena does not have blindsight however, but has Riddoch Syndrome. This might be a little confusing, as Riddoch Syndrome is often described as blindsight. The difference between the two is that blindsight is a non-conscious reaction (like slamming your foot on the brakes), whereas Riddoch Syndrome, also triggered by movement without the image, is conscious and provides the person with simple visual information that can be used to navigate, and with practice, more, as is explained in the short film about Milena, The Blind Woman Who Saw Rain. Riddoch Syndrome might be thought of in terms of as being on a blindsight spectrum, rather than not being blindsight at all.

This information is incredibly important to anyone who has lost vision due to occipital lobe injury, as potentially, if there is preservation of perception of movement, the person affected could, like Milena, progressively learn how to create and interpret visual information, which could help them to live a much more independent life.