The ways that the brain processes vision and sound are similar. The directions where sounds are coming from are mapped in the parietal lobes, while the meaning of sounds is interpreted in the sound part of the brain, the auditory cortex.

The cause of CAPD is to be found in the brain rather than the hearing system, leading to problems with the ways that the brain processes sounds and noise.

But we wonder, maybe there is more to link these two conditions... 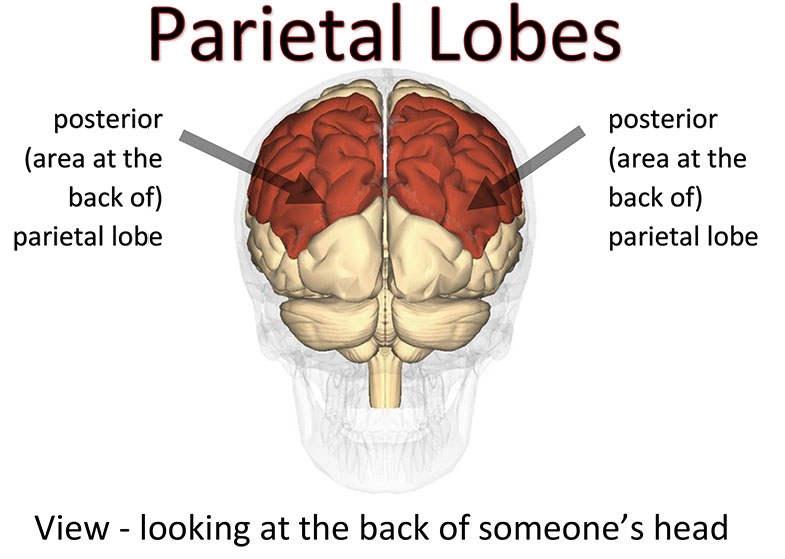 The posterior (back of) the parietal lobes.

At CVI Scotland we spend a lot of time discussing an area of the brain called the posterior parietal lobes. This is where the picture you see is mapped, so you know where things are around you, and you can look for things and look at things.

Did you know sound is also mapped close to the same area? 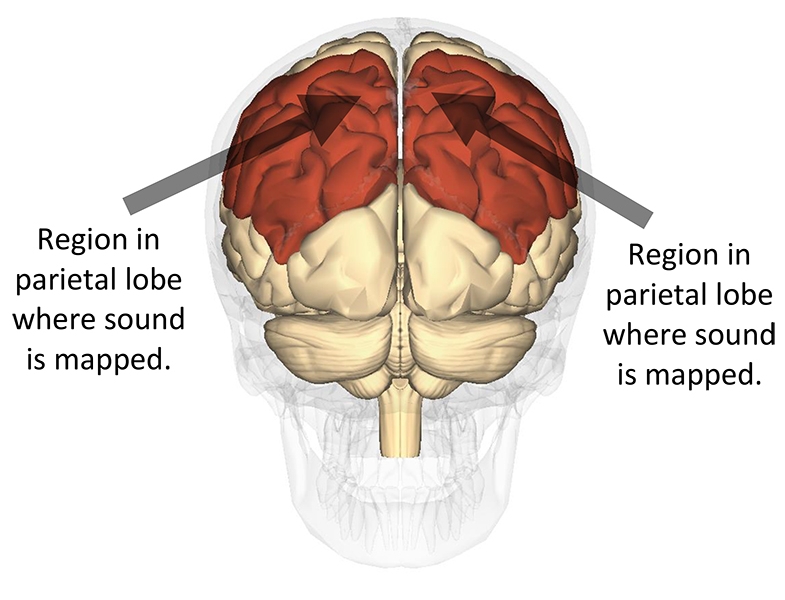 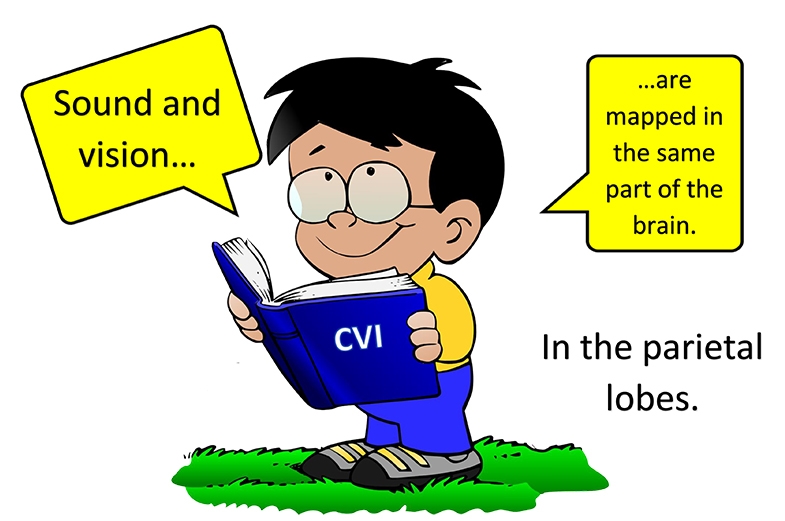 What does the mapping process of sounds involve? Well, it is remarkably similar to vision.

The sounds that are mapped are given attention, so you can select what you want to listen to - if the sounds were not mapped, you would not know where they were coming from, and it would be much more difficult to choose which sounds to listen to and which to ignore.

Your sound map is also networked with your memories, so when you hear something, you are able to know what it is or who it is (if it's a person).

So your brain comes with its own auditory equivalent of the visual dorsal and ventral streams.

We wrote a piece a while back called Cerebral Auditory Impairment specifically about the difficulties with sound processing so many people with CVI have described. Our feeling then was that combined auditory and visual processing difficulties, rather than being two separate conditions are not separate, but are actually a broader spectrum of the same condition.

We particularly like this paper because it shows an understanding of the competing challenges when there are too many stimulants:

If a student with CAPD is listening very carefully, at that moment they may not be as available for visual and tactile input as they might otherwise be.

We give a short explanation of a girl we know who needed to turn her back on people to listen to them (Not Looking to Listen). This strategy, which she has learned for herself, helps to well explains the challenges of competing visual and auditory inputs.

The advice notes in this paper suggest considering your rate of speech, including "not artificially over-enunciating words and syllables".

This can be a bit tricky, because some sounds in words are very short - think of the word 'jump' and say it slowly. The 'p' at the end of the word jump is very difficult to say slowly (it is called an explosive consonant, because it sort of explodes in a short burst from your mouth). Our advice would be to listen to words at a slow speed (see YouTube link below for a way to do this) where the whole word is extended, and slow your speech in the same kind of way, otherwise sometimes just the vowels may be heard and important short-sounds can be said too fast and be missed, so the word cannot be learnt, which can contribute to speech and learning delays.

This paper comes from the California Deafblind Services. CVI is an impairment of vision but for many, combined visual and auditory processing conspire to make things more difficult. Like the girl we knew who had to turn around to listen to someone.

The visual and sound mapping systems in the parietal lobes have been researched separately.

We are not aware of any research looking at the two processes processing simultaneously in harmony - maybe it is time there was some?

Who knows what we may find - some children may have dominant sound maps, when their CVI means that their visual processing is severely affected. Others may have dominant visual maps so that sight may seem good, but sounds are not processed well, leading to CAPD. Many we know have a dual neurological sensory processing disability, affecting both sight and sound, some very severely, and are considered deafblind, yet with typically working eyes and hearing systems.

We are learning with CVI how incredibly dynamic the visual map appears to be. What if the combined visual and auditory maps are dynamic in the same way? Might this mean sounds can go from perceived as terrifyingly close, to not being heard, possibly from one moment to the next? This would be consistent with reports we have heard of children who have reacted severely to certain sounds.

What we need to do more of, and this paper explains this point well, is try to understand the different sensory impairments not alone, but together.

This is a short easy to read paper from a journal for professional support.

For more information on the posterior parietal visual map please see our lessons in Level 9.

How to Change Speed on YouTube, to listen to speech more slowly.

Afasic is an organisation that helps families of children with speech and language difficulties.

Great Ormond Street Hospital's website has a simple resource page explaining how sound is carried through the ear, then processed, and what is understood about CAPD/APD.