What do we need to know to understand each person's specific type of CVI?

The answer ideally, is quite a lot. But, many with CVI can present with only certain difficulties and behaviours, like 'not recognising people', or 'easily getting lost' or 'being clumsy'. Here, we have a bit of a puzzle to solve, because it is not enough to just identify correctly if CVI is or is not present.

There are many different CVIs, as explained in our Lessons sections. Each person may be affected by one, or more commonly, a few CVIs, and these ideally need to be identified.

Where a person is affected by a few CVIs, we call this group a CVI Cluster.

There are certain CVI Clusters that are commonly connected with certain conditions.

Thinking of the CVIs for each person as being a puzzle, the correct CVI, or CVI Cluster needs to be identified so as to solve that puzzle, and to ensure that support is matched and targeted to deal with each element.

We explain the importance of targeting support in our Lesson 5a.

There are five broad areas of 'clues'.

These clues are often what the doctors diagnosing CVI are presented with. As you read below, you will start to see why we call it a puzzle.

The clue-areas all relate to the brain and vision:

1. Brain Event
When CVI is present, a part of the brain where our vision is created is not performing typically. What happened? An event around the time of birth may have been the cause. It could have been a stroke, or dementia or multiple sclerosis, maybe a traumatic brain injury following a car accident, or a medical disorder, including before the time of birth. With genetic conditions, sometimes a brain does not develop typically. While sometimes there is no known event to account for the CVI. Sometimes there may have been more than one event, or a second event that happens on top of the first, such as a person with dementia suffering a stroke.

2. Location in the Brain
If there is a known abnormality in the brain, then where is it? It is estimated that 40% of the brain is dedicated to visual processing, but different parts do different things. Level 1 of our Lessons introduces the main regions of the visual brain. Some with CVI will not have any identifiable abnormalities even with a scan like an MRI which shows great detail. As with cerebral palsy, a normal scan does not rule out having CVI. (Around one in eight people with diagnosed Cerebral Palsy has no identifiable brain abnormalities.)

3. Brain Injury
Acquired brain abnormalities are called lesions, but there are many different types of lesion. Some we know quite a bit about in relation to CVI, for example lesions in some babies born very early, or where there has been a complication affecting the flow of oxygen to the brain. Others we are still learning about, and much has yet to be identified.

4. Visual Disorders
Any of the wide range of visual disorders described on this website can the result of CVI, and need to be identified. But eyes first! An eye test is done to see if glasses are needed, as many children with CVI also have a refractive error and accommodation issues which need to be treated. Any eye movement conditions need to be found and treated, as well as checking for eye and optic nerve conditions. Each of these can be the cause of visual difficulties, and each can be present as well as CVI.

5. Related Behaviours
These are outcomes of specific visual issues. In children some relate to learning, for example reading and writing difficulties, or paying attention in class. A child may find social relationships stressful or may develop some challenging behaviours. They may bump into things and trip over, and/or become easily confused.

The related behaviours are the outcomes of the visual brain condition. In children these can be seen as difficulties, but when explained as the child's natural reactions to the way they see things, everything falls into place.

The related behaviours could therefore be understood in three broad groups: 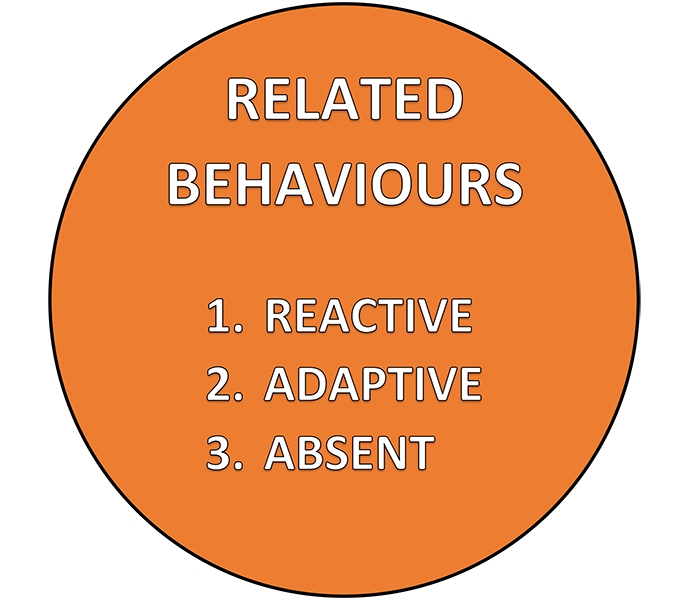 The 'Related Behaviours' are the outcomes of the specific visual issues, and can be understood as reactive, adaptive or absent.

We can think of this puzzle like a circle of five rings, as shown below. 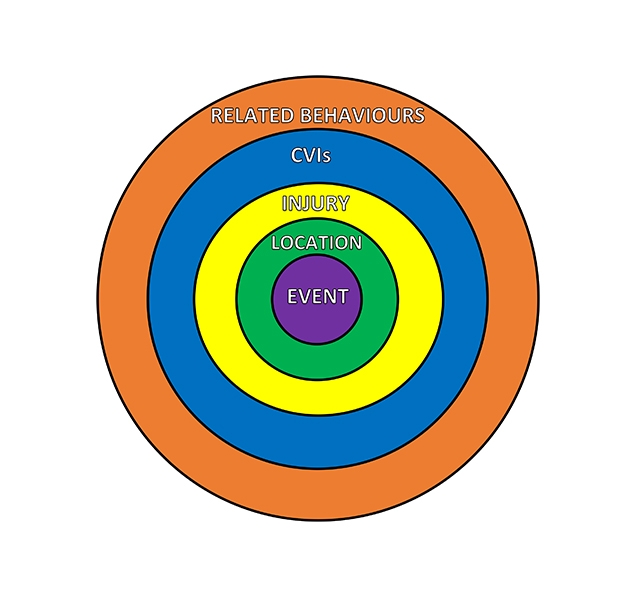 Each person with CVI represents a bit of a puzzle, the more that is known, the better the support can be.

This is a tricky puzzle however, because:

So, the person charged with diagnosing, usually a medical doctor, has a tricky job.

UK ophthalmologist Dr Cathy Williams from the CVI Project, in an interview joked...

and a very senior orthoptist teased me about, what she called the 'Dark Art' of diagnosing CVI

Those diagnosing may only be presented with the related behaviours (outer ring). These may or may not be caused by cerebral visual impairments. If they are, the types of CVI, or the CVI Cluster causing them needs to be identified. There are well validated specifically designed question inventories, and assessment strategies designed for this purpose.

When diagnosing, the aim is to correctly identify each of the cerebral visual impairments. 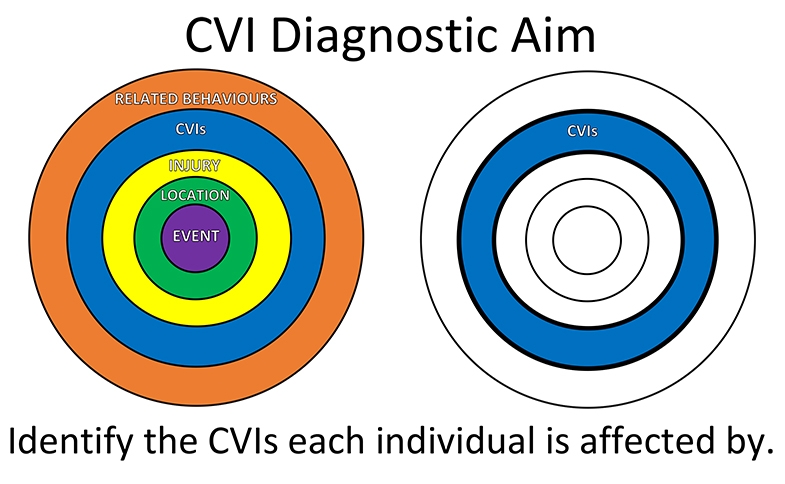 The aim of the diagnosis for CVI is to correctly identify which CVIs the individual is affected by, often there are several.

If that blue circle of visual disorders from the brain can correctly be matched with the CVIs, then support can be targeted to match each element of the cluster.

In the CVI Clusters page we have identified a number of groups of CVIs that are commonly found with particular brain injuries, or lesions and locations.

CVI Brain Events: List of some of the common causes of CVI.

CVIs: List the different individual brain based impairments of vision.

CVI Clusters: List of the most common CVI Clusters, with their associated causes and behaviours. 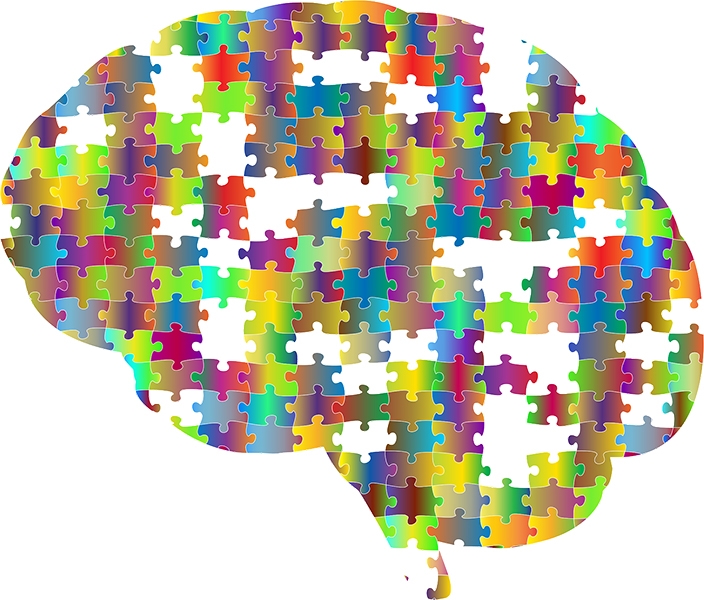 The CVI Puzzle. The goal is to correctly identify each CVI.

Click here to watch Professor John Ravenscroft's Conversations About CVI, with Dr Cathy Williams, referred to on this page.