The commonest types of brain based visual disorders are listed in the table below.

Please see the CVIs page for a brief explanation of each one, along with links for more information. 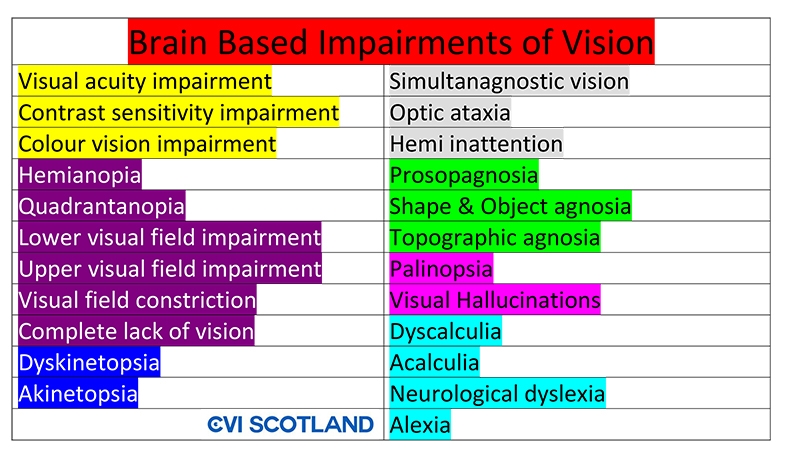 These visual impairments lead to a variety of behaviours, which can be understood in terms of the following three groups:

As the words suggests, these are reactions to the visual limitations caused by the unique combination of CVIs that each affected person has. These reactions can often be labelled as difficulties, when in fact they are the outcome of the child struggling because their CVIs are making it hard to do something. This could be due to difficulty keeping up with a conversation, leading them to say something that seems silly, or even offensive to the person they are talking to. Such limitations make the child very much a prisoner of their world. It controls them, not the other way around, so they do their best to fight off the difficulties. But as the saying goes, 'it's not a level playing field', meaning that 'it's not fair'.

When caused by CVIs, such behaviours are likely to be reactive.

These are adaptations the child may have made, to do things. One example we know of is a girl who lays her clothes out on a clear hall floor, so that she can easily find them in the morning to get dressed by herself for school. This small adaptation lets her get ready for school by herself (just like other children her age do). She manages to get dressed a bit differently to what is 'typical' but this is no less effective, and may be even quicker! Other examples include remembering people by their hairstyle or coat colour, when they can't be recognised facially, or covering up words in a book so only one line is seen at a time to enable reading.

A difficulty with depending on adaptive behaviours comes, when the adaptation is not possible. For example, the child who can't recognise faces, who visually recognised her friend by her hairstyle can no longer do so when her friend's hairstyle has been changed.

These typically occur when something cannot be seen, and so it is missed and not reacted to. For example, a well-known person may seem to have been ignored. Another example we often hear about, is food being left on a plate. It appears to have been 'ignored', or 'not wanted', but in fact it was not seen, and the child may go hungry as a result.

The child with CVI from birth has had a lifetime of experiences that have been disturbed by their CVI, affecting or altering what they have learnt. Yet they have no experience of life without CVI. It is their 'normal'.

On the other hand, the child with acquired CVI, is likely to have had a range of visual learning experiences before the brain event or injury. For this child, what they knew before is relevant to how CVI affects what they have learnt. So some things may be easier than others. For example when they have learnt to talk, or read and write.

Other activities may become more challenging, like when they think they can still do things they could do before their brain event, like some sports, but they can't. This inability can lead to frustration and emotional difficulties. Please read Nicola McDowell's blogs for more examples.

CVI related behaviours need to be understood, whether they've been present from birth or have been acquired, because they can bring attention to hidden difficulties.

The CVI related behaviours may appear to be a muddle of challenges, or they may have been given an inappropriate generic label like learning difficulties or behavioural issues.

The CVI related behaviours need to be sorted out and understood.

We have found the following approach helpful:

Linking the behaviour to the CVI is not always easy or obvious.

Each person's CVI causes different overall impairments of vision, and warrants different approaches for optimal and targeted support...but different CVIs can cause the same CVI related behaviour, for example:

Consistently not recognising someone, could be due to:

So the same visual difficulty of not being able to recognise someone can be caused by different CVIs for different reasons.

This can result in a mix of absent and reactive behaviours, where someone may appear to be ignored, or mistaken as someone else.

Or the child may have learnt different ways to recognise people, for example by their voice or hair style, making it an adaptive behaviour.

Just about everything that is difficult on account of CVI, can be due to a range CVIs.

It is essential to identify the correct causes, because different CVIs need different approaches for good targeted support. For example, if you enlarge a picture of a face to cater for reduced visual acuity, but the cause is actually simultanagnostic vision or prosopagnosia, then you may well be making life more difficult.

We know that many do not have a detailed CVI profile, as outlined in our list at the top of this page, but as we mention on The CVI Puzzle page, "there are well validated specifically designed professional question inventories, and assessment strategies designed for this purpose."

Slowly, more and more regions are adopting assessment and diagnostic frameworks to provide this detailed information, and this has been partly driven by parents demanding more for their children. Keep up the good work!!!

The CVI related behaviours are no less important than any other part of the CVI Puzzle. In many respects they are the most important because they tell a story about the person, and how their life has been affected by CVI. This story that needs to be understood, to optimise and target support.

Targeted Support is our goal for every person with CVI.

Targeted support involves correctly matching the related behaviours with the CVI or CVIs responsible for causing them. This turns life around.

Instead of constantly dealing with incoming difficulties, targeted support gives the opportunity for those affected by CVI to embrace life, because they are equipped with the skills and knowledge to flourish.

Targeted support is the gateway to a proactive life, rather than a reactive one. We want to help everyone through that gate!

When support is targeted by being matched to the person's specific CVIs, they can start to take control of their life. No longer do they need to just react to their world. They can become proactive by learning the skills to embrace their world. This is explained with examples in Gordon Dutton's blog 31 Changing One's Perspective. 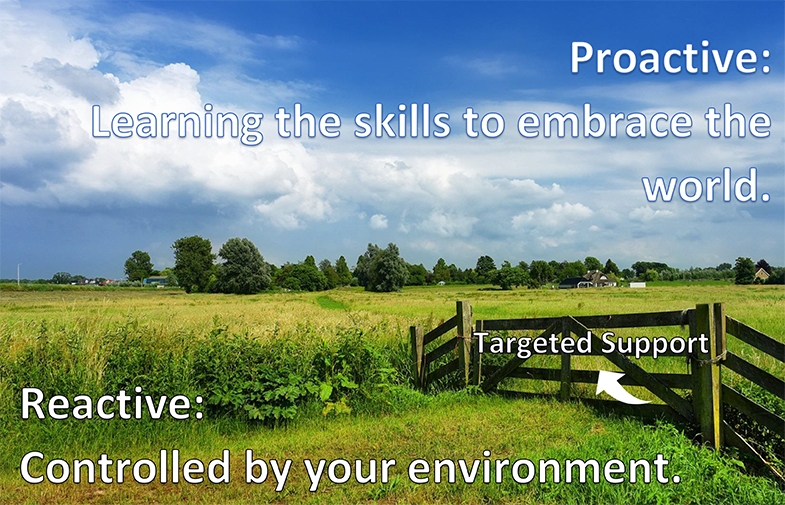 The gateway for children with CVI, between a life they have limited control over, to one that they are in control of, so they can flourish, is targeted support.

In our Lessons pages, from Level 5 onwards, in relation to each of the different CVIs, we have separately noted both the behaviours and targeted support, with an introduction in Lesson 5a. When the CVI has been identified, look it up for suggestions to target support.

Each of the five rings in our CVI Puzzle is important. Most commonly, this outer ring of behaviours is all a doctor may be presented with. Using the inventories described and a salient range of confirmatory investigations, CVI can be confidently identified, if present.

Many children presenting with unusual behaviours do not have CVI. The actual cause of their difficulties may be unknown, or come under a different diagnostic umbrella, like autism or ADHD (see our Labels page). Also, a child may have a CVI diagnosis but their behaviour cannot be explained by their CVIs. This could be due to another co-occurring condition or issue, or even just typical child behaviour.

What Is CVI? Behaviours 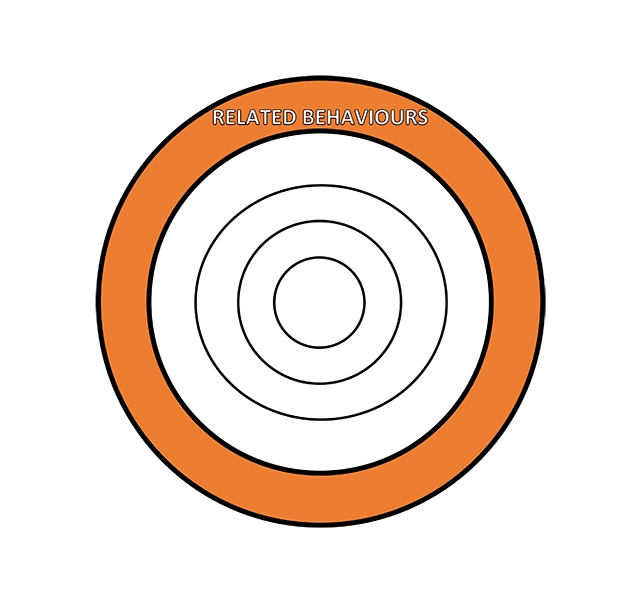