This paper from 2009 describes the difficulties of search and inaccuracy of limb and body movement guided by vision due to Dorsal Steam Dysfunction in children. Some affected children have additional varied difficulties with recognition of people, shapes, objects, letters and / or routes, despite good enough vision. It discusses whether a category of CVI is needed for this group of affected children, whose visual difficulties are at the mild end of the spectrum. Such sets of difficulties are unique to each child and can be called perceptual visual impairment (PVI)

These children may pass standard eye tests when their visual acuities are typical, and as far as anyone is concerned there appears to be nothing unusual about their vision.

From accounts many parents have shared with us, these children face daily challenges, and some may develop adaptive or reactive behaviours over time.

These may include repetitive and compulsive behaviours.

Some children may appear distracted and clumsy, and can have learning difficulties. Others may be academically able, and may develop their own coping mechanisms to deal with their challenges.

Some of these children may have been assessed and given a label, including autism, ADD or ADHD, dyspraxia or learning disability. Some may succeed in hiding their struggles, but may feel isolated, lonely or depressed.

This milder form of CVI is just one cause of such behaviours but by no means do all who have them have CVI.

This short 2009 paper describes some very simple issues that may help raise the possibility of CVI, such as having difficulty finding someone in a group, or getting distressed in crowded locations. 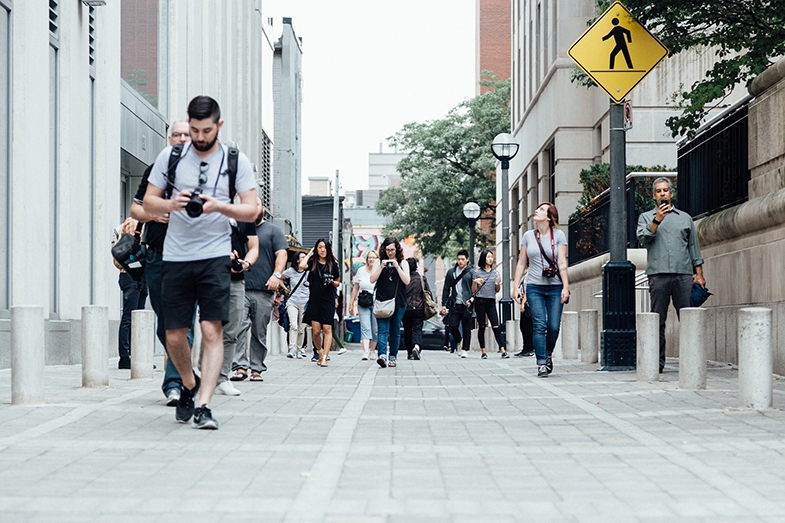 The short practical list in this paper helps identify a particular group of children:

This is something we come across quite often, where a person may go undiagnosed because they don't know they have a visual impairment, and where some simply don't believe they could have a visual impairment and not know it. Read Nicola McDowell's blogs, Nicola had one of the most severe forms of CVI (Balint Syndrome) without knowing it for seventeen years.

If you don't believe us why not try to find your blind spots? All sighted people have a blind spot in the visual field of each eye, proportionately the size of your thumb nail at arm's length. You would know if you were missing an area of vision that big wouldn't you? Because things wouldn't meet up or there would be a gap wouldn't there?

Look up images of 'visual field tests' on the internet and you will see the blind spots normally marked as black circles. There is a little test you can do to find your own blind spots on this page.

The blind spot has nothing to do with CVI, but it does show that we all have an absence of vision without knowing it. Similarly, when tired or under the influence of alcohol, a person cannot find things in clutter and may become mildly, then increasingly, optic ataxic, where guidance of reach deteriorates, making the person clumsy perhaps knocking into things and knocking things over.

If a child is diagnosed with a milder form of dorsal stream dysfunction, the visual challenges might be difficult to understand or even believe, but they are very real and create many difficulties. As with all CVIs, there is an enormous amount that can be done to make life much easier, and this paper lists a few examples.

It's likely we are going to hear more and more about these children, as more people are identified and need help and support.