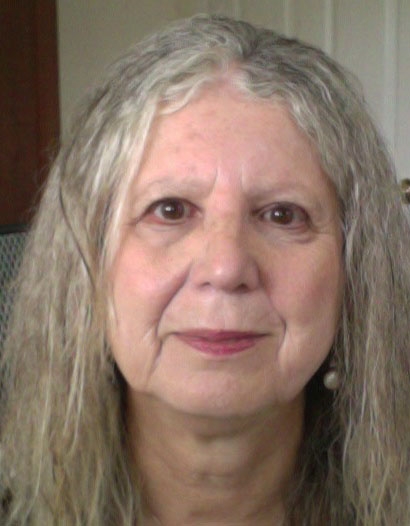 It's Not Always What We Think

The world experienced by children with CVI may be quite different from the world each of us creates in our own mind. Each child's world is unique, and each child's world makes perfect sense. Since CVI affects the way nerve networks connect throughout the brain. It not only affects how clearly an image is seen, but also affects how children build up an in-depth understanding of all that is going on around them.

Carefully watching a child throughout the day as well as listening and responding to what the child communicates through words and actions are keys to understanding these 'different ways of seeing and being'. Setting aside a mindset colored by 'how things should be' or 'expected steps in a learning sequence' are part of this process. Parents are really good at this. They are with their children 24/7 and quickly learn to follow their children's leads. It is so important for parents to trust what they have learned from their children and to communicate this to professionals.

In my own work, I have found that it is important to wipe the slate of my preconceptions utterly clean, although this is not so easy to do. I do read background information, but I have learned to set this information aside as much as possible so that my observations are not clouded by pre-judgments. I find this to be extremely important in understanding all children, but especially important for children who have CVI. I have learned to watch as each child teaches me and others how he or she experiences the world.

This lesson hit home decisively when I was asked by a mother for some help with her 10-year-old son. From a review of the records, I assumed the child would show some behaviors predicted by dorsal stream dysfunction. But when I presented tasks to check this out, his behaviors did not fit the mold I had incorrectly fashioned in my mind. My efforts to place a round peg into a square hole fell short.

I took a deep breath, and put my preconceived notions to rest. Then I did what I should have done in the first place. I learned from the child. During a leisure time break, he walked around a large empty classroom filled with toy centers and with shelves of accessible educational materials. All of sudden a lightbulb turned on in my brain when I noticed that the child did not reach across midline for toys as he explored the room. He reached for toys to his left with his left hand, and to his right with his right hand. Then, when we returned to our seats, the child asked me if I would like to see his favorite video-game. It was a tracking game on an electronic tablet. With his forefinger, he guided and followed, without error, a quickly moving cartoon character as it raced up a vertical road. He moved it around obstacles along the path and valiantly won the game. It was fast and fun! When I repositioned the game so that the character moved horizontally, the boy would not play. He immediately turned the tablet around to play the game vertically, once again with great success. A short time later, we discussed these observations with the boy's mother. She confirmed that the child had left-to-right tracking problems that had not improved with teaching exercises over many years. This was not in the reports, nor was there information about issues with the corpus callosum in the doctors' reports that we had been given.

The corpus callosum is a big brain pathway between the two halves of the brain that lets each side 'talk to the other'. If it is thin, then the left hand works best with things on the left side of the visual scene, and the right hand works best with things presented on the right side. The boy found it difficult to process the moving character running from left to right, because at midline, it jumped from being processed by the left half of his brain to the right half of his brain. When the child held the video-game vertically and slightly to the left of midline, he was able to play the game with ease. The pieces of the puzzle showing how the child approached tasks and learned began to fall into place. The school team was able to provide guidance so that the child was comfortable with various school and daily living activities. He was not asked to do things that were just not possible, given the way his brain was set up to function. His behaviors made perfect sense.

Each child is a universe. And each universe has its own rules, checks, and balances. Observing children and being open to what they are telling us by their actions and words teaches us how they operate in the world and how they experience it. This understanding can guide us to ways to provide supports and learning strategies for success. Most importantly, it can help us encourage and empower children to be who they are and to acknowledge their behaviors as strengths.

Dr Amanda Lueck is a USA expert in the education of children with CVI, and has a distinguished career as both a researcher and professor (see Amanda Lueck's profile from Perkins School here). 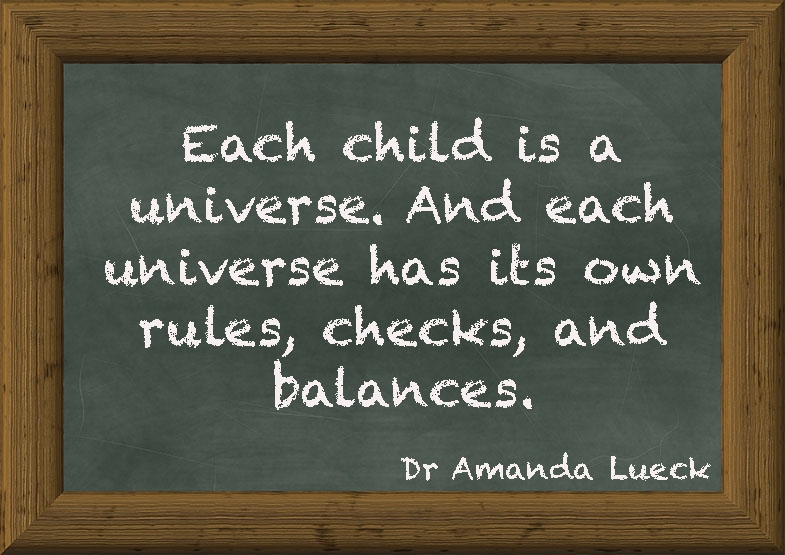