As a music therapist, I've been privileged to help many children who have cerebral visual impairments (CVI) and complex needs.

Music therapy involves a child and therapist building a relationship together through:

As I start to connect with the child, working with the family and other professionals, together we discuss and agree goals, aimed at improving their life and making them happier. Goals vary from child to child but may include helping with:

In recent years, I've noticed an increase in the number of children with CVIs being referred to me. I work very organically, and each child I have worked with requires a completely different approach.

Some people get very confused about what Music Therapy is. There are several different Music Therapy models but the easiest way to explain my approach, is to use a real case as an example.

One child I have worked with for several years I will call Charlotte (not her real name). Here's our story:

Charlotte was referred to me when she was eighteen months old, and we have been working together almost weekly for five years.

This support has been invaluable, allowing Charlotte to continue to progress across several stages of her development.

Charlotte had considerable delays across all areas of her development, both her physical abilities and her learning. This required intensive input from numerous professionals, including a Physiotherapist and a Speech and Language Therapist. For my work, it's been important where possible, to link in with the other professionals involved in Charlotte's care, as this helped us identify and build a wide picture of her needs. Many of Charlotte's Music Therapy sessions were held jointly with other professionals.

In this way, we could combine many approaches, through working together, so that we could further enhance the help we could give Charlotte. This collaborative approach, centred around Charlotte's development and needs, has helped her reach numerous developmental milestones.

Music proved to be especially important in areas that Charlotte found very difficult:

For Charlotte (and many other children with complex needs with whom I've worked) repetition is central to developing many new skills. This can be tedious, frustrating and a bit boring! The vitality of music brought fresh inspiration to Charlotte. Music soothed and brought enjoyment, and in return, Charlotte was willing to put in the work and effort, towards building her new skills. In practise, this approach might involve taking a catchy nursery rhyme, and replacing its lyrics with the speech sounds or key-word the Speech & Language Therapist had recommended. It also involved sounding a range of small percussion instruments that appealed to Charlotte and helped her to pay attention. In this way she completed very challenging physical exercises recommended by her physiotherapist. I often find that the quirkier the sound of the music, the stronger the child's interest!

Charlotte had co-ordination difficulties which included challenges with:

In the early sessions, we used a selection of instruments such as bells, shakers, wind chimes and guitar. I used these sounds when Charlotte was in a particular physical position, as directed by her Physiotherapist. By introducing the sounds in a structured and organised way, Charlotte connected and engaged closely with the music. She became so engaged with the music that she was almost unaware of the strenuous and difficult postural activities she was doing at the same time. Charlotte gradually began to meet targeted physical milestones, combining physical development with Music Therapy. The other great motivating factor was Charlotte's mother, who positioned Charlotte and most importantly, praised and praised her, rewarding all her achievements.

When in her standing-frame, with a drum placed in front of her, being able to play the drum helped keep Charlotte's interest, and distracted her from the strenuous exercise of standing. I accompanied Charlotte's drumming on my guitar, and playing together helped keep Charlotte motivated to spend increasingly long periods strengthening her legs and hips. Over time she no longer needed any standing frame support.

For Charlotte, next came walking, aided by a set of parallel bars. I was at one end of the parallel bars, around four meters away from Charlotte who started to walk from the other end. I played a steady beat on a drum or piano, and Charlotte stepped towards my sound location (supporting herself with a hand on each bar). At the end of each completed walk, Charlotte was rewarded with an opportunity to play the drum. Over time, Charlotte developed a steadier gait and gained greater confidence through walking towards the music, supported by its rhythm.

It was noticed that speeding up or slowing down the beat of music-making could often affect Charlotte's walk, which in turn would also speed up or slow down. This showed how carefully tuned-in to the music making Charlotte had become. Charlotte also learned during these sessions with the parallel bars, that to stand (from sitting on the floor), she had to pull herself up to a kneeling, then standing position, then she could walk towards the music.

Charlotte has now started to walk independently (while her mother supervises close-by). We continue to use the sounds of the piano and drum, still around four meters away, but now to motivate independent walking.

In Charlotte's words "It's very good!"

At eighteen months, Charlotte had no words, and communicated through a combination of babble sounds and gesture. Communication work focused on simply listening to and echoing back Charlotte's unique sounds. Gradually, this process developed into exchanges of vocal turn-taking between Charlotte and me - both of us pausing, listening and responding to each other in an interactive way. Charlotte's smiles showed her enjoyment of listening to vocal sounds and replying to them.

Building on this progress, several songs were introduced to help structure her vocal production, aiming to help Charlotte develop her vocal expression in a more co-ordinated way. For example, planning and executing an animal sound at the appropriate time when cued by a song.

To this end, we found that nursery rhymes were made-to-order for Charlotte. With easily memorable tunes and simple repetitive words and sounds. These nursery rhymes helped Charlotte expand her vocal range and to begin attempting to sound out new words.

Repeating over and over the nursery rhyme 'Old McDonald Had a Farm', Charlotte began to sing the vowel sounds "E - I - E - I - O." We used some high contrast animal props, against a dark background, and Charlotte began to attempt animal sounds such as "Baa" and "Quack."

Initially, Old McDonald's sounds and words were produced by Charlotte in her own time, not necessarily in the right place in the song, but over time, Charlotte began to make her sounds more on cue. This was helped by my pausing in my singing, and Charlotte accepted my invitations to fill the space by finishing the phrase - with the right sounds at the right time. Music was successfully used to add meaning to time, and enhanced experiences for Charlotte, her other professional trainers and her parents.

Other nursery rhymes which helped Charlotte develop her language included Five Little Frogs and The Wheels on the Bus. Charlotte also began to greet me with "hello' and when I was leaving "bye". These are greetings from the songs we shared at the beginning and end of our sessions.

Next for Charlotte was to learn to speak the names of everyday objects like spoon, bowl, cup, nappy and shoe. The items were shown to Charlotte, one at a time, against a black background. We emphasised the item's name, followed with a simple song framing its name: "we can sing...spoon, spoon, spoon, spoon, spoon." Charlotte often joined in with attempting to say the word. After many repeats, Charlotte started to identify the objects more quickly and more consistently.

Progress in this area has been greatly helped through additional work done by Charlotte's family, who practised the song with her outside of sessions. In my opinion, family contributions are of invaluable importance. With Charlotte, they consolidated and built on the new skills we were developing in therapy - ultimately transferring these skills beyond the therapy session.

I am still working with Charlotte and we are currently focusing on slowing songs down, so that Charlotte can have more time to process, plan and say her words more clearly. In consultation with the Speech and Language Therapist we have also begun work on a new song concentrating on verbs. The song starts with an action, like clapping, and Charlotte is invited to join in. This is followed by the new song, which includes the question: "what is Charlotte doing?" Charlotte is encouraged to reply: "Charlotte is clapping." Promising vocal responses have already begun to emerge. It is hoped that Music Therapy can continue to assist Charlotte in her ongoing development.

Shane is based in Northern Ireland, and much of his work is supported by the local RNIB service. Local charities may be able to help with the cost of Music Therapy. Charlotte's Music Therapy has been supported by RNIB, Jessie's Fund and Amber Trust.

For more information about Music Therapy, and Music Therapists who may operate in your area, Nordoff-Robbins have a link to The International Index of Music Therapy Organisations on their website.

Your local Music Therapist is likely to know about local organisations who fund Music Therapy. 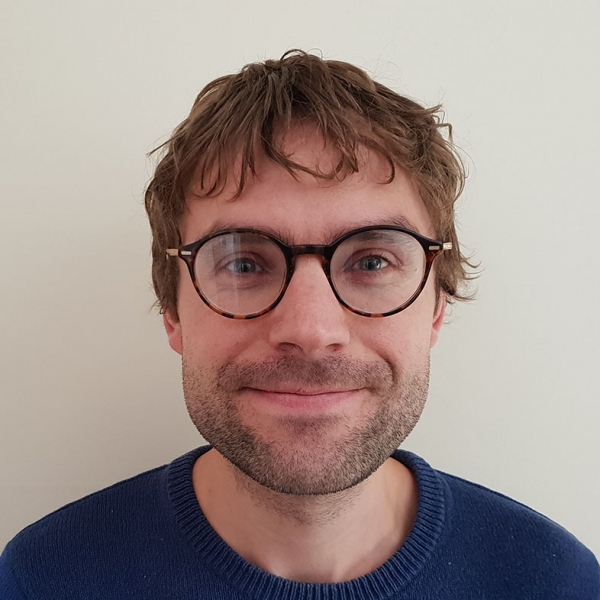