We recently needed to explain a complicated paper about CVI to someone new to the subject. In a recent talk, Gordon Dutton explained that to gain deep knowledge about the cerebral visual impairments can take years.

So how can we explain the topic to someone new to the subject?

We found ourselves inventing a whole cast of characters, and turning the functions of visual brain into a performance...

The first character was the Renaissance artist Leonardo da Vinci, in his work-station which is in an area of the brain called V1 or the primary visual cortex (in the occipital lobes). Da Vinci has a razor sharp pencil, and draws what you are looking at, in very fine detail.

A few desks along sits another Renaissance artist, Michelangelo, who has an enormous set of colouring crayons, and Michelangelo colours-in, what da Vinci draws, working together in perfect harmony and synchronicity.

Next to Michelangelo we have the Hollywood film director Steven Spielberg, with his moving camera, in charge of filming the action. Spielberg is in charge of movement and makes sure that everything you are looking at that moves, is correctly added to the picture created by da Vinci and Michelangelo.

In another work-station is accordion-lady, who takes the moving coloured picture, and adds the depth, to match the depth of what you are looking at.

Accordion-lady works alongside Vice Admiral Horatio Nelson, who watches everything, and can use his telescope when he wants to look at something.

All of our cast-members are supported by an enormous group of runners, who take information all over the brain. So when you see someone you know, maybe a friend, one runner takes the visual information to your library of faces, another runner takes it to your library of names, and if they find a match, they run up to your frontal lobes (your conscious brain) and let you know 'it's Mandy' - and you can correctly greet Mandy.

But there are more in our cast of your visual brain...

Sitting on a watch-tower, overlooking everything, is the sprinter Usain Bolt, the fastest person on earth. Bolt has his own set of runners who are, of course, the fastest. They are looking for anything that might come in fast from the side, and when they see something, a super-quick decision is made, and a runner is sent, to maybe make you blink (if something is coming towards your eye), or hit-the-brakes (if a dog runs in front of your car), or, if thought dangerous...

The super-fast runner wakes up the Beast! The beast is kept sleeping, but is woken up to help if you are in danger, and the beast has two strategies - fight or flight! The beast also has chemical weapons, to make you faster, stronger and more alert.

Overseeing everything is the Bridge, like the bridge of a ship, with radar, checking everything you can see, including the majority of what you see that you are not actually looking at. So if something interesting is spotted on the radar, like a chocolate ice-cream, a runner will be dispatched to a part of your brain called the pons, and send a message back to your eye's to 'look at that' and once that instruction is received (so fast you won't be aware of it) Nelson can take his telescope, point it with extraordinary accuracy and locate the ice-cream he wasn't even looking at!

How clever is all that? Every time we open our eyes this team of extraordinary performers come together, working together, supporting each other, to create our visual world. The purpose of these performers? To protect you, and to inform you, so that you can learn and make sense of the world around you, as it moves.

So what happens if one of these characters is not performing so well?

Maybe da Vinci's pencil is blunt? This will meant that the picture is not so clear (reduced visual acuity).

Maybe Michelangelo has only a limited set of colours meaning he can't re-create the colours as vibrantly as they are seen (reduced colour contrast sensitivity).

Maybe the battery in Spielberg's camera runs a bit slow, meaning the really fast things he tries to film are missed (dyskinetopsia).

Maybe accordion-lady has an old slightly broken accordion, that doesn't accurately match the depth of what you are looking at (entailing inaccurate guidance of reach, or optic ataxia).

Maybe Nelson can't see everything, and can only see when he looks through his telescope (reduced visual attention due to simultanagnostic vision).

It only takes one of our performers to be under performing, to have a knock-on effect on all the others, and make life difficult. Rather than protecting you, you might be in danger because you miss things or bump into things. Rather than helping you learn and make sense of your world, you become confused and both life and learning are difficult to make sense of.

Any one of our performers can under-perform, or a combination of many of them. When they do, this can lead to cerebral visual impairment.

We like this explanation, because giving each of the many functions that come together to create our visual world their own personality, it is easier to see them as separate, and move away from thinking of CVI as a generic conditions. There is a cast of many different performers, each with a different role, and if each role is affected, there will be a different strategy, as there would be if several of the performers are affected. Key is to know which ones and in which way they are affected, and what affects their performance (as we explain in our List, link below).

We went to all this length to explain one incredible paper, where a boy, who after an illness lost his da Vinci but still had Michelangelo (Child with 'More than Blindsight' Paper, below). This boy was young when the injury occurred, but when reviewed a few years later, appeared to see remarkably well, considering he had no primary visual cortex (da Vinci), and could see colour too - but how could that be? What was Michelangelo colouring-in if there was no picture coming from da Vinci? Extraordinarily, rather than do nothing, Michelangelo found something else to colour-in, from the information Spielberg and Usain Bolt provided. As far as we are aware nothing like this has ever been recorded before, brain plasticity once again showing us that this incredible organ is very much alive, and has powers beyond anything we know, to protect us and help us make sense of the world, including for this child, creating a sort of junk-yard visual world, from the bits that were left over after his injury, so a boy who should be blind can see.

We wanted to share this explanation with you, and hope you find it interesting and that it makes sense, we think this may be a good way to explain CVIs to children in particular. As someone very remarkable said once...

Simplicity is the ultimate sophistication

Child with 'More than Blindsight' Paper 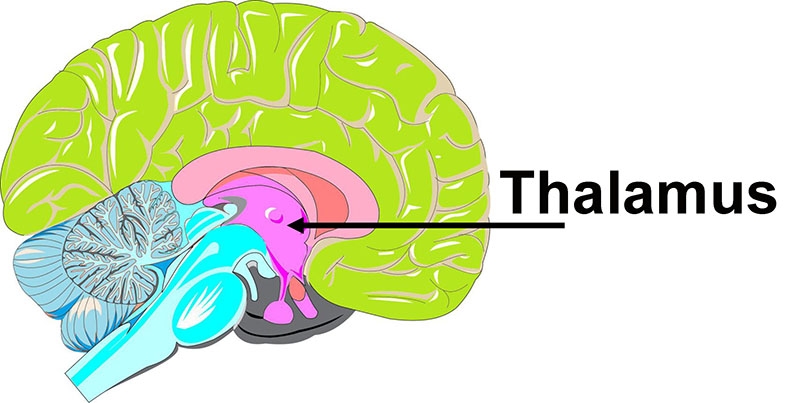 Our introduction and link to this fascinating case study (in last month's newsletter, but repeated as featured in this newsletter). 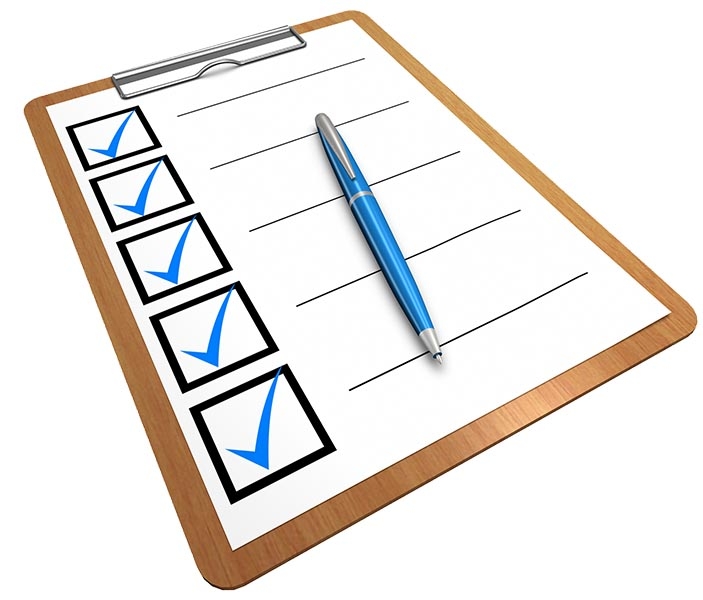 Featured in our last newsletter, we have now updated The List of what we think everyone needs to know about each person with CVIs. 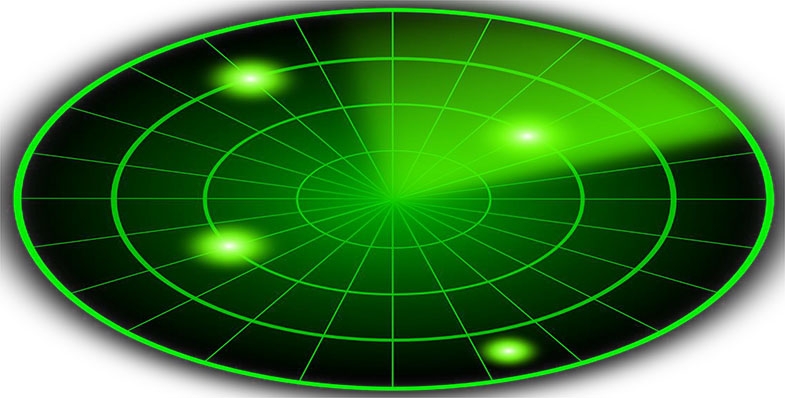 A complex area to understand, but very important to know how the person with CVIs may be affected.

The Pathways of the Brain and how they Work 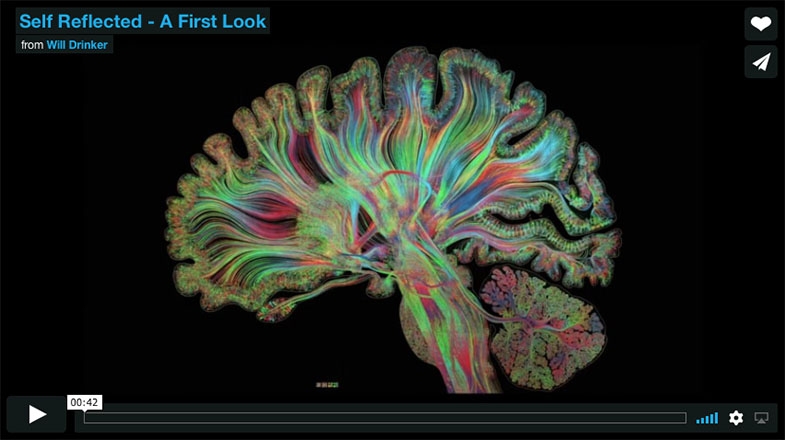 Researcher looking for parents / caregivers of children with cerebral palsy (under 12) to complete simply survey.