(1) A mother’s story of conquering fear, despair and stigma 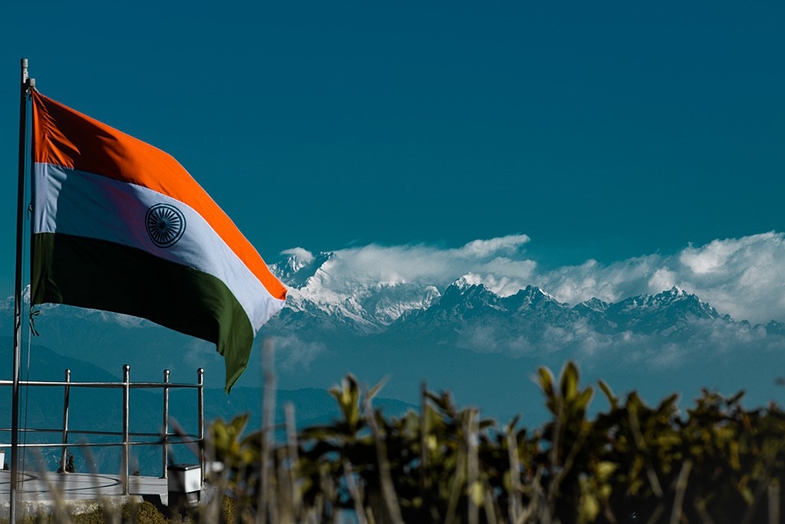 Stories from India, thanks to Jannet Philip and Dr Meenakshi Swaminathan from Sankara Nethralaya Eye Hospital. Details at the bottom of the page.

Sunitha’s mother is a fitness instructor in her 30’s, from India. Sunitha is the one diagnosed with CVI but there is a reason for my emphasis to Sunitha’s mother, as she is the protagonist of this story. Soon you’ll know why!

Sankara Nethralaya’s multidisciplinary team involving ophthalmologists, optometrists and rehabilitation professionals were developing a tele-rehabilitation model for Indian families who have children with CVI and were struggling to continue with their rehabilitation due to the well-known COVID-19 pandemic. Our team was trying to put together a holistic, feasible, systematic, integrated, family-centered model to ensure sustainability.

Next in line for the assessment was Sunitha, an 8-year-old with CVI who had temporarily discontinued from going to her special school due to the restrictions imposed by the pandemic. Sunitha had visual dysfunctions characteristic of CVI that included but not limited to simultanagnosia, inferior visual field defect, reduced contrast sensitivity and a plethora of speech, motor and intellectual disabilities.

My first impression about Sunitha’s mother was the natural ‘fear’ that I saw in her eyes as a mother concerned about Sunitha’s future, but mixed with optimism, hope and motivation. She had been the care taker of her only daughter since the day Sunitha was diagnosed to have these disabilities, and eventually gave up on her passion of becoming a fitness instructor. Now, I suppose you can relate to the family’s situation and the mother’s psychological status. Sunitha was then enrolled into the tele-rehabilitation model.

The team had an elaborate discussion with Sunitha’s mother and one of the main problems that kept Sunitha’s mother demotivated all these years was that none of the teaching techniques worked for her due to her lower intellectual ability. She said “I’ve tried all the techniques but Sunitha is not able to learn even a color, I’ve tried my best”. So, we devised a customized teaching strategy and a lesson plan for Sunitha, trained the mother and also encouraged her to restart home-based speech, occupational and physical therapy.

Few weeks into the tele-rehabilitation, I got a phone call from Sunitha’s mother. Feeling quite anxious as to whether this new technique worked for her or not, I picked up the call and she said “It worked, the technique worked, she knows what is red now, she’s pointing to it, I cannot believe this”.

The new technique that we advised Sunitha’s mother was the “follow the theme” method. In this method, the mother would choose a color theme for the day and organize everything for the day in that particular color. This basically removes all the clutter and confusion that kids with CVI find difficult to process. In addition, we had asked the mother to emphasize vocally the name of the color of the things she uses throughout that day. For example, ‘Sunitha, this ball is red; the color of your dress is red’.

Well… what a sigh of joy and relief for all of us, that this technique worked. However, the mother observed that Sunitha was constantly being distracted even by the slightest sound, light or a different color. She said “This is why I could never take her to a therapy center because she gets easily distracted”. Simultanagnosia, is what it is. We then suggested her to follow the tent approach. It’s simple. I asked her to construct a tent with plain single-colored curtains around her while she does the teaching. So, it’s just the both of them with all possible distractions avoided. I was hoping that it would work, and was eagerly waiting for the next call. As we wait for the story to unfold further, here is a little bit about Sunitha’s family.

One thing that constantly bothered Sunitha’s mother was the social stigma and criticisms about having a child with special needs and the lack of support from her own family members. During one of our conversations she said, “I live with my parents but they don’t have the knowledge about children with special needs; even closer ones at home do not understand the modifications that need to be done. I have tried training the elders, it’s not like I do not try but I find it of no use. As a mother I understand my child and that’s why I am doing this on my own”. Social stigma of having a child with special needs is quite common in India as in many other under-developed and developing countries. Sunitha’s mother though, feels a victim of the situation, yet has actually taken it as a challenge for herself and her daughter, which served as a source of empowerment.

The tent technique also had worked and had also improved the attention span of Sunitha, as she had started learning more than one color now. This was a great improvement as she was able to simultaneously handle the other prescribed activities for occupational and speech therapies at home.

The next challenge to address was Sunitha’s memory. The mother told us that “Sunitha remembers only one color, if I teach her another color, I am scared that she will forget the previous one. Why can’t she remember like other children do?”. Her anxiety was quite understandable. The rehabilitation experts suggested that due to Sunitha’s simultanagnosia, two things are crucial; firstly, restricting the number of objects that are presented and secondly, giving her, adequate time to learn. Sunitha’s mother needed guidance, encouragement and motivation from time to time, which was possible through the tele-rehabilitation model. I am sure that any mother who has a child with special needs deserves such constant support and encouragement.

This customized lesson plan for Sunitha was working and we were impressed with the confidence with which her mother was carrying out the tele-rehabilitation. It was great to see her evolve into Sunitha’s teacher during the pandemic.

So, three months into the program, we invited Sunitha’s mother for a focus-group discussion along with other parents who were enrolled in the tele-rehabilitation. Sunitha’s mother opened up about her struggles with social stigma, lack of family support, dealing with personal emotions and how the tele-rehabilitation model empowered her journey to transform into her daughter’s tutor and how she was able to overcome her challenges.

In response to that, another mother, belonging to a rural region in India, shared her side of the story and to my surprise, Sunitha’s mother instantly jumped in to motivate her by saying “I would like to get to know you more, so let’s talk sometime. I am sure we can get through this.”.

At that moment I knew this: Mothers of children with special needs and CVI are the strongest and with such an amazing mother by her side, Sunitha could do wonders!

Sunitha a is now a part of our tele-rehabilitation model, has rejoined her therapies and is doing well and Sunitha’s mother is now continuing her passion of being a fitness instructor in India.

Stay tuned for more such mesmerizing CVI stories from India!

Tele-rehabilitation: is a mode of service delivery through the use of technology were the professional and the patient are in different locations 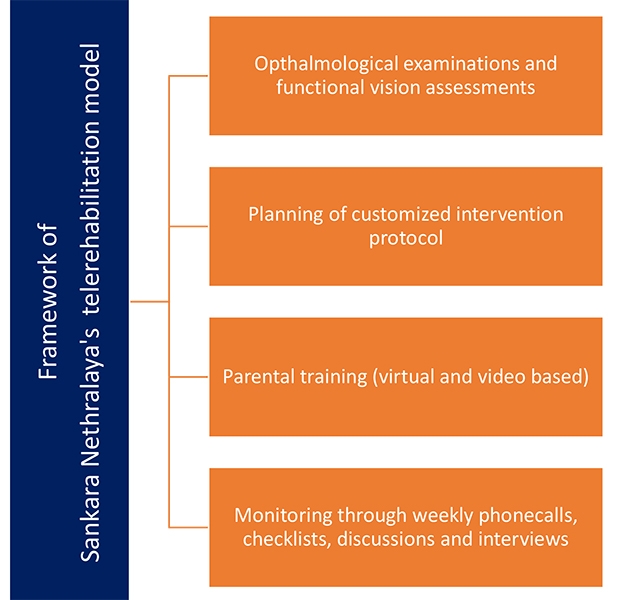 Sankara Nethralaya is a tertiary eye care and non-profitable eye hospital situated in Chennai, India that provides multidisciplinary eye care with a dedicated and trained team of professionals and excels in vision research in all disciplines of ophthalmology.