We regularly come across people with CVI who have been assessed, and their behaviours attributed to a behavioural label, including autism. We do not challenge that label, however we do see autism as a generic term describing a range of behaviours, without known cause. We know from many people that some of these behaviours can be explained by their cerebral visual impairment, particularly their reduced visual attention due to simultanagnostic vision and poor guidance of reach due to optic ataxia. These form part of what is called dorsal stream dysfunction. We are not in any way suggesting that all autism can be understood in terms of CVI, however we are keen to look further at some case studies to consider the connections.

We imagine autism as like a tank of beautiful fish in the ocean, each one having a behaviour with an unknown cause. We know that if alone in open waters they are vulnerable, so it is quite correct that they are in such a protective environment. We also are considering however, that with knowledge of the cause of their behaviour, there may be a way to help the fishes learn to live safer and independent lives. So, we are taking our net and looking at a few such fish, starting with two, both of whom have featured on this website. Connor and Daniel. Daniel has been formally labelled as severely autistic. Connor's mother has refused autism as a free standing label on many occasions, although his behaviours easily meet the criteria. Both boys have features of marked CVI.

We have put together a small team to look at these and other cases, to see what there may be to learn and share, to help manage challenging behaviours, and develop skills. The CVI Autism Team will be sharing their findings and observations through a regular blog on this page.

As an introduction, we wanted to share a fascinating email exchange between Connor and Daniel's mothers.

Daniel has some severe obsessive behaviours in relation to the colour purple, and small purple things

DM: Daniels vision is different to ours, he seeks out anything small, vertical and where possible purple, it appears that he uses purple small items (anything) to self sooth to block out imposing stimuli (wallpaper, tv, crowds, wind, rain) looking intently at this for what feels like a very long time. Scissors are a must have accessory when travelling anywhere with Daniel. Whether it's a straw or a purple applicator syringe from Calpol he tells us in his own way to cut it off. He sees the scissors and pushes the purple syringe for you to cut. When cut to generally a very small piece he smiles and laughs and seems happy with himself and looks intently at the cut syringe as if he's achieved something. He closes everything else out of his brain space which may be around him and if you try to disturb him with a hug or a play he will lose it completely and push you out the room so he can concentrate on his halved purple syringe! 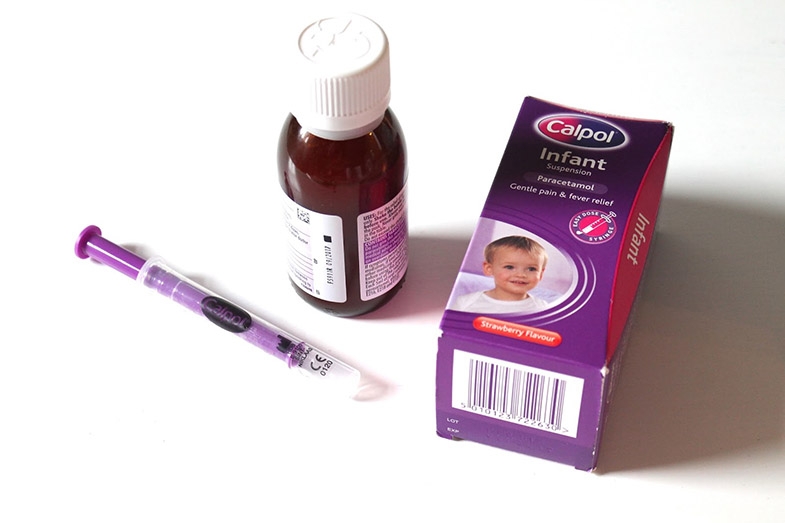 CM: I have a question for you if you don't mind - the colour purple - going back as far as you can remember - where did that come from?

DM: The colour purple came from school, the environment would have been too much for him and he started searching for small items then focused on that, they told me it was normal autistic behaviour but I said he's trying to cope with his environment as it's too busy and noisy.

CM: So, just to look at this again - school for Daniel - imagine being in a day long meeting in a boring room, where everyone spoke and wrote in a different language, and you had no idea how long you were supposed to be there, why you were there or what to do. With simultanagnosia this is a fraction of how Daniel may have felt at school - nothing makes sense, and he's probably bright so will be bored, frustrated and increasingly anxious - no doubt he would have lashed out on occasion - I know I would, and not just one day, but day after day.

DM: The only thing Daniel did independently in three years at school was pick up a small purple sponge and dab it in purple paint twice. At home, he seeks out anything that is about two inches long mainly, straight lines like straws, pen tops and sticks, or he likes the small magnetic alphabets and numbers, he will pick out purple first time every time.

Two purple dabs, each around the size of a finger print, the only thing Daniel managed to achieve by himself in three years at school.

CM: More questions, but I do have a point, I just need to confirm I have understood everything correctly:

Did there happen to be a box or side with all purple things, or did he pick purple things out of a collection of objects with other colours?

If he picked the purple colours out from other colours - can you think of anything before school that would have a purple connection?

I did warn you - what I am looking at is similarities and differences in behaviour between Connor and Daniel. There are many similarities, but what I refer to as 'purple straws' is different, and that makes me want to understand why, but to understand that I need to go to the original draw of 'purple'.

Connor is very drawn to the colour 'teal'. I know the exact reason - after having Connor my life was exhausting. Everything that wasn't critical went, make up, hair styling, contact lenses, jewellery and clothes - I started to wear black and still do, several pairs of identical jeans and several identical black tops so I didn't even have to think about clothes. Three Christmases ago my daughter did something radical, she bought me a teal coloured cardigan for Christmas with her own money. The teal cardigan for the first time gave Connor a way to find me - before he would approach random adults looking for me, even at home and with other family members. Teal meant mum and to help him I now have several teal cardigans and scarfs. Now, Connor is drawn to the colour teal anywhere he sees it, the allure of the colour has gone from being a way to identify and find mum, to having a power of its own. I think Daniel and purple may be further down the same path, but I need to see the original meaning of purple - is it pre-school? Is it something you or your husband wore, or a bed cover (bed is the ultimate safe place), a blanket as a baby, a purple rug he laid upon, or if starting with the toys at school were they all purple, something he was allowed to play with? 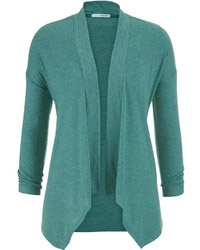 DM: Sad as it is but painfully true. - purple for Daniel came into his life from us over several years; as long as Daniel can remember, as something that made him feel better, gave him comfort, something that took the pain away (Daniel has varying levels of discomfort and pain due to his surgeries). Purple comes in the form of the inside of the syringe from giving him Calpol for several years. Yes Calpol, so when Daniel seeks out purple he knows the pain or distress will subside. Daniel for years has ripped off the top clear layer of the syringe and then used the purple inside tube as a focus to self sooth. Up until aged 3 Daniel was bolus fed 20mls every 20 minutes from a purple huge syringe. Daniel's first toys or playthings were syringes of all sizes. It's only been in the last year that Daniel has insisted on me cutting the purple syringe in half. My memory of this had been buried as daily life was unbearable back then. 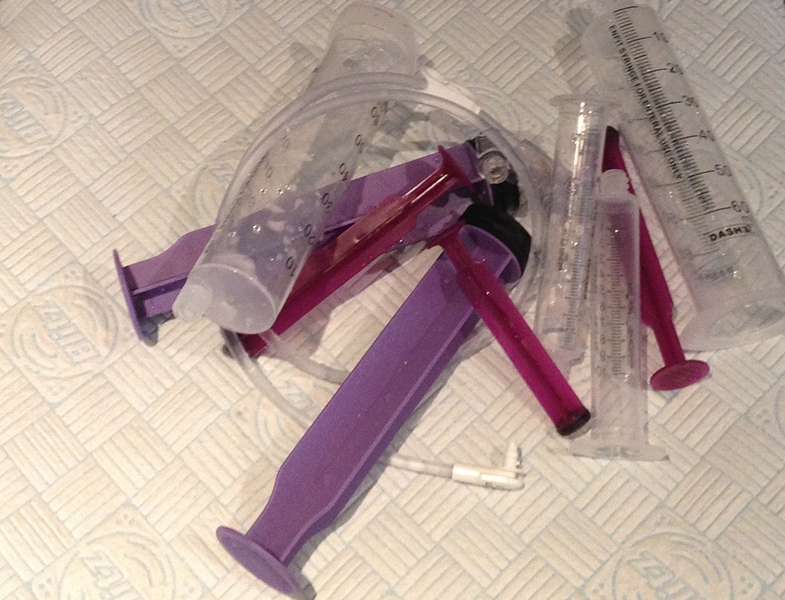 DM: It makes sense now when he wants the inside of the pen top taken out, or other items taken apart, his memory of repeatedly taking the syringe apart is something he can do! A sense of achievement - as for a very long time Daniel was unable to do much else. Purple syringes were an integral part of daily life for Daniel for the first 3 years, and still are. Incredible your question has answered so many why's in Daniel's behaviour.

The next thing we will be looking at is:

What does CVI look like in a child with autism?